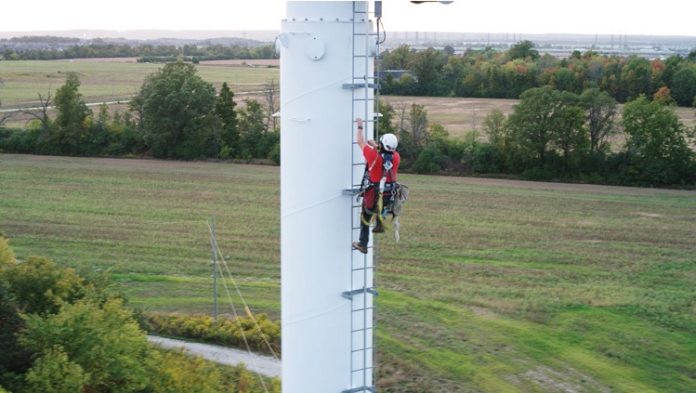 Rogers Communications, together with the Eastern Ontario Regional Network (EORN), announced has extended its 5G network to reach more residents and businesses across eight new cities and towns throughout Eastern Ontario.

Rogers 5G is now available in the following areas:

“Strong, reliable connectivity plays a critical role in Canadians’ daily lives, and Rogers is proud to bring next-generation wireless service to communities across Eastern Ontario,” said Ted Woodhead, President, Eastern Ontario, Rogers Communications. “We are committed to investing in our networks and working with government partners to continue delivering world-class technology that will drive innovation and prosperity across the region.”

Today’s network expansion is part of a $300 million partnership between Rogers, the Government of Canada, the Province of Ontario, and EORN to bridge the digital divide and bring reliable wireless connectivity across Eastern Ontario. Through this partnership Rogers will deliver mobile connectivity to 113 municipalities and Indigenous communities in Eastern Ontario by building more than 300 new cellular towers and upgrading over 300 pre-existing sites by 2025.

“We congratulate Rogers Communications for completing the first step in improving the reach and quality of cellular coverage across eastern Ontario through the EORN Cell Gap Project,” said J. Murray Jones, Chair, Eastern Ontario Regional Network. “Using the latest technologies available, upgrades to the Rogers network in these communities will help support economic growth and improved quality of life. We also appreciate the support of our federal, provincial and municipal partners in helping us close the gap in mobile services.”

“Access to a fast and reliable wireless service is not a luxury – it’s increasingly become a necessity for families and businesses,” said Mark Gerretsen, Parliamentary Secretary to the Leader of the Government in the House of Commons and Member of Parliament for Kingston and the Islands, on behalf of the Honourable Dominic LeBlanc, Minister of Intergovernmental Affairs, Infrastructure and Communities. “Through the investments our Government is making in Eastern Ontario, residents across eight additional communities will now benefit from enhanced service that will enable them to take full advantage of the possibilities 5G offers.”

“Under Premier Ford’s leadership, our government is working with service providers, the federal government and municipal groups to ensure families, businesses, and municipalities across the province have the necessary and reliable digital infrastructure they need to compete in the global market,” said the Honourable Kinga Surma, Ontario’s Minister of Infrastructure. “By investing in next-generation technology, we’re stimulating regional economic growth, creating jobs, and ensuring families and businesses in Eastern Ontario have access to the wireless service they need to thrive and prosper. The exceptional work Rogers Communications is doing to ensure Ontarians are connected to reliable wireless service will go a long way in supporting long-term growth and fostering more accessible, competitive and resilient communities.”

As part of an additional $140 million investment related to this project, Rogers recently announced it will expand its network of fibre-to-the home technology in Eastern Ontario, servicing more than 20,000 homes and businesses in Quinte West, Belleville and Prince Edward County.

This work is part of the company’s ongoing commitment to expand service and improve connectivity for underserved communities, including more rural and remote regions in Ontario. Since January 2020, Rogers has enhanced its wireless networks across more than 200 Ontario communities and delivered fixed broadband network upgrades to nearly 100 communities across the province.

These investments make an impact. A PwC study commissioned by the company indicates that in 2020, Rogers investments and operations resulted in a total economic footprint in Ontario of $15.2 billion of output, including over 45,800 full-time jobs generated and supported.