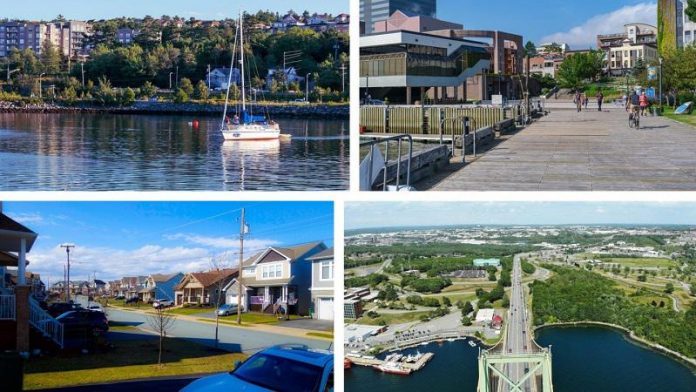 Rogers Communications has further expanded Canada’s first, largest and most reliable 5G network in Dartmouth and Bedford, Nova Scotia. Rogers has now delivered Atlantic Canada’s first 5G network to 16 communities across the region, including to the cities of Halifax, Moncton, Saint John and Fredericton, as part of a broader series of investments in Canada’s east coast.

In the past 20 months, as people across the Atlantic region have relied on connectivity more than ever before, the company enhanced its wireless networks across 32 communities in New Brunswick, Nova Scotia, Newfoundland and Labrador, and Prince Edward Island, with plans to improve wireless connectivity to a total of 25 more communities by end of year.

Rogers also invested in wireline network upgrades across 71 communities in New Brunswick and Newfoundland and Labrador since January 2020. The company’s focus on delivering award-winning networks and services has kept communities connected to what matters, from staying in touch with loved ones, accessing vital services, attending online schooling, to helping local businesses participate in the digital economy.

“We’re proud to enhance connectivity in cities, towns, and rural communities across Atlantic Canada, especially during the pandemic when world-class connections have played a critical role in people’s lives,” said Matt MacLellan, President of the Atlantic region at Rogers. “Networks are the backbone of the digital economy and we will continue to invest in our network infrastructure to drive prosperity across Atlantic Canadian communities and businesses.”

Rogers network investments, which have exceeded $60 billion over the past three decades, are part of a multi-year initiative to bring next generation wireless and wireline services to communities and businesses across Canada and improve connectivity for underserved rural and remote regions.

A PwC study commissioned by the company indicates that in 2020 Rogers investments and operations resulted in a total economic footprint in Atlantic Canada of $630 million of output, including over 2,500 full-time jobs generated and supported. Since January 2020, in Atlantic Canada Rogers has:

Delivered 5G: Rogers was the first to bring 5G services to Atlantic Canada, now reaching 16 communities across the region throughout Saint John, Halifax, Moncton and Fredericton.

Committed to delivering rural and remote connectivity: Through a joint investment of over $2.3 million with the CRTC’s Broadband Fund, Rogers will bring its fibre-powered network to the Storeytown area and the Village of Doaktown, New Brunswick, connecting over 450 homes and 36 businesses.

Connected community partners: Rogers expanded its phone and plan program in Atlantic Canada by donating phones and plans to 30 women’s shelters and transition houses in Rogers wireless coverage areas in Nova Scotia, New Brunswick, Prince Edward Island, and Newfoundland and Labrador during the third wave of the pandemic.

Recently, Rogers invested $3.3 billion in 3500 MHz band spectrum, covering 99.4% of the Canadian population, to enhance and accelerate the expansion of Canada’s first, largest and most reliable 5G network. This investment in Canada’s future positions the company as the largest single investor in 5G spectrum in the country across rural, suburban and urban markets.

This past July, Rogers was ranked as best in test in New Brunswick and Nova Scotia by umlaut, a global leader in mobile network testing and benchmarking. The company was also named the fastest fixed broadband service in New Brunswick and Newfoundland and Labrador out of all top internet providers in the region according to Ookla’s Global Market Index for Q2 20213.