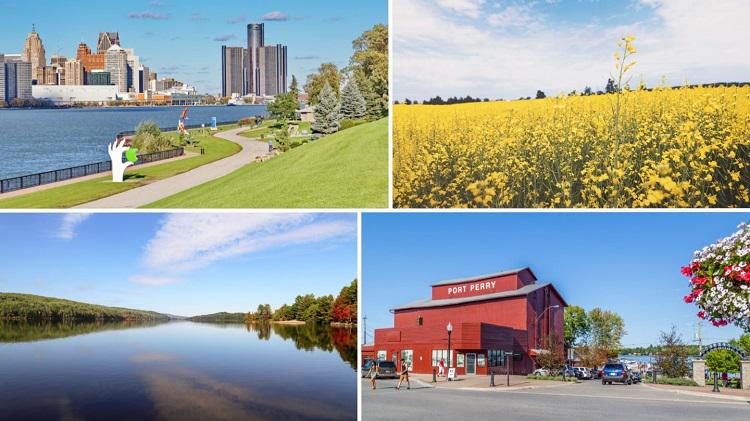 Over the last year and a half, Rogers enhanced its wireless networks across more than 140 Ontario communities and delivered fixed broadband network upgrades to nearly 80 communities across the province. And by year end, Rogers will deliver improved wireless connectivity to a total of nearly 300 communities. During a time when Ontarians relied on connectivity more than ever before, Rogers continued to enhance and expand its award-winning networks and services, keeping Ontario communities connected to what mattered most.

“Our networks have provided essential connectivity to the lives of Ontarians this past year, from staying in touch with loved ones, accessing vital services, to helping local businesses participate in the digital economy,” said Jorge Fernandes, Chief Technology Officer, Rogers Communications. “We will continue to invest in our networks across the province while partnering with innovative players to advance next-generation technology, and working with government to support reliable connectivity for all Ontarians, no matter what part of the province they live in.”

At a national level, the company has made ongoing investments to improve the efficiency and performance of its networks. Coupled with greater regulatory certainty and support for facilities-based competition, this has enabled Rogers to enhance connectivity to more than 1,000 Canadian communities and expedite plans to expand and enhance connectivity to an additional 750 more communities by the end of 2021.

Last month, Rogers invested $3.3 billion in 3500 MHz band spectrum, covering 99.4% of the Canadian population, to enhance and accelerate the expansion of Canada’s first, largest and most reliable 5G network¹. This investment in Canada’s future positions the company as the largest single investor in 5G spectrum in the country across rural, suburban and urban markets.

Recently, Rogers was ranked Canada’s most reliable 5G network and “best in test” by umlaut, a global leader in network benchmarking. Rogers was also named the fastest fixed broadband provider in Ontario among top internet providers in Canada according to Ookla’s Canada Speedtest Market Analysis for Q2 2021.

The company’s network investments, which have exceeded $60 billion over the past three decades, are part of a multi-year initiative to bring next generation wireless and wireline services to communities and businesses across Canada and improve connectivity for underserved rural and remote regions. A PwC study commissioned by the company indicates that in 2020, Rogers investments and operations resulted in a total economic footprint in Ontario of $15.2 billion of output, including over 45,800 full-time jobs generated and supported. Since January 2020, in Ontario Rogers has:

Fueled technology innovation: Through a multi-year partnership with the University of Waterloo to advance 5G research in the Toronto-Waterloo tech-corridor, Rogers supported the launch of Canada’s first driverless, autonomous 5G shuttle, powered by the Rogers 5G network.

Helped bridge the digital divide for youth: Rogers supported Ontario’s Learn at Home program by providing free wireless data for students in need to access online learning during the pandemic.

Committed to delivering rural and remote connectivity: Together with the Government of Canada, the Province of Ontario, and the Eastern Ontario Regional Network, Rogers entered a $300 million partnership to expand wireless connectivity in rural and remote communities throughout eastern Ontario. And, in partnership with all levels of government, Rogers has worked with municipalities to deliver reliable connectivity to communities such as Carlsbad Springs, Simcoe County, Durham region, Holland Marsh and Quinte region.

Committed to connecting Indigenous communities: Rogers is partnering with The Mississaugas of the Credit First Nation to build fibre-to-the-home technology and improve connectivity for residents and businesses.
Connected community partners: Rogers expanded its phone and plan program in Ontario by donating phones and plans to 100 women’s shelters and transition houses in Rogers wireless coverage areas across the province during the third wave of the pandemic.