As an App that is purely focused around voice, Ringo supports only voice calls and does not provide any means to either chat or share data.  It is directed towards delivering low cost calling without using the Internet or VoIP. Ringo is meant for anyone looking to save on international calls, from families trying to keep in touch, to companies conducting global business.

“We believe our app will change the way India communicates with the world,” said Bhavin Turakhia, CEO of Ringo. “In this country, reliable internet connectivity that can support VOIP calling is still far away. Ringo provides the perfect solution for Indian consumers who want to stay in touch with their family, friends and colleagues abroad reliably and at a low cost.”

Unlike other OTT voice apps, Ringo calls do not use the Internet, Wifi, data or carrier minutes. Making a call using Ringo is identical to making a call through your carrier, in terms of quality, and yet costs 70% lower than standard rates offered by most Telcos.

Ringo uses a unique call flow to convert international calls into local calls. When a Ringo user from India contacts someone in the United Kingdom, Ringo will automatically dial out a local call to the Indian user and another local call to the UK user and connect the two over reliable carrier circuits.

According to Telegeography, in 2012 India originated 20 billion international voice minutes (not counting OTT apps) representing 4% of the global ISD traffic, and making India the 4th largest originator of ISD calls in the world, after USA, UK and Germany.

Consumers in India spend well over $2 billion annually in making international calls. Ringo, whose prices are 70% cheaper than Vodafone or Airtel’s and 20% cheaper than Skype or Viber’s for most destinations, will result in huge cost savings for Indian consumers.

“The app is a result of significant technology investments, global carrier partnerships and strategic relationships,” says Bhavin. “We believe that communication should be easy and inexpensive. We envision a world where cost is not even a criteria for communication with anyone anywhere around the globe.”

The launch of this App by Ringo comes at a time when there has been heavy debate around recent announcements by carriers and TRAI to charge
consumers for VOIP. Amidst this controversy, Ringo provides a unique international calling solution that does not use VOIP and hence is not likely to incur these additional costs. 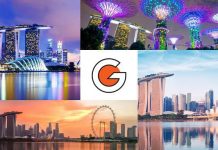