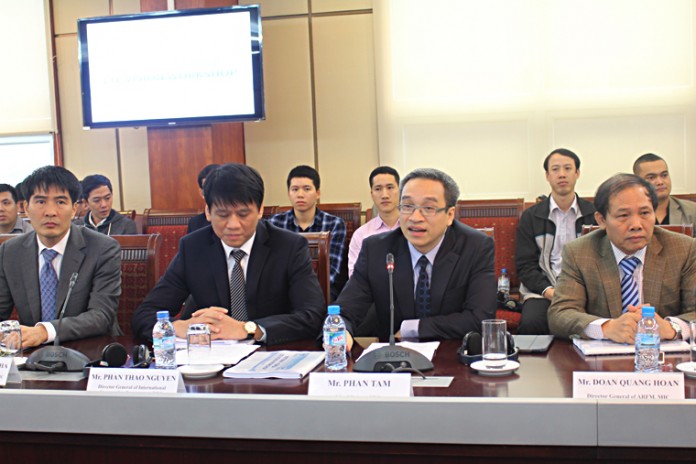 Vietnam is hoping to see 3G and 4G networks covering 95 per cent of residential homes by 2020, according to Deputy Minister of Information and Communications Phan Tam.

Speaking at the Vietnam–South Korea LTE Vision Workshop 2016 held in Hanoi yesterday, Mr. Tam said that under the national broadband plan, the most advanced broadband technology, such as long-term evolution (LTE), has received attention from both management agencies and telecom providers.

The ministry has allowed businesses to carry out pilot 4G LTE programs since 2010. Based upon market demands, together with technologies, equipment and other conditions, Vietnam has granted licenses for the pilot LTE and LTE-Adv networks for some telecom companies affiliated with Viettel and Vinaphone in various localities.

“I believe that this year will be a good start for LTE, and the technology will be strongly developed by next year,” he said.

Choi Yang-hee, Minister of Science, ICT and Future Planning, said South Korean businesses are ready to share their experiences in 4G LTE development, as well as strengthen relationships between the two countries to support Vietnam in becoming a strong ICT country.

One of the key challenges put forward by the Korean delegation was managing the revolutionary growth of mobile data traffic. For example, about 75 per cent of total mobile network traffic was generated by voice in 2009, but just three years after the LTE launch, mobile data traffic has increased to take up to 99 per cent of total network traffic in 2014.

A key driver of this remarkable shift was ‘mobile video’ services. By the end of 2015, one LTE user on average consumed 4.3 Gigabytes per month, whereas a 3G customer used 0.7 Gigabytes, and 57 per cent of total data traffic was for downloading mobile videos.

To speed the commercial readiness of LTE and to accommodate the exponentially growing market demand, operators have built LTE networks that are separate from legacy networks, while the government has designed frequency assignment policies based upon future needs.

At this workshop, industry experts from the government, operators and solution providers discussed the vision for LTE, policies, deployment experiences, market needs and challenges, killer app trends and technology evolution, along with how to expedite LTE readiness throughout Vietnam.

Ministry of Information and Communications of SR Vietnam is set to participate at the upcoming exposition – CommunicAsia2016 happening in Singapore between 31st May to 3rd June 2016.