Increasing NFV and launch of Cloud RAN opens the path to virtualization of the self-optimizing network function within a new Cloud SON architecture.

Now, with a roadmap to Cloud SON revealed in a new white paper and patent application, “Cloud SON: A New Member of the SON Family”, Reverb proposes to move SON functions into more a strategic position in the network command and control architecture.

“Reverb’s Cloud SON proposal isn’t a trivial detail, like hosting your SON software on a cloud hosting service. It’s a fundamentally new network architecture for self-optimizing networks that is in tune with the trend towards Cloud RANs and NFV,” said Zoran Kehler, Reverb Networks CEO. “We think this is groundbreaking, and have filed patent applications outlining a new, next generation architecture that simplifies how SON is implemented within the Cloud RAN.”

When coupled with Reverb Network’s existing Predictive SON capabilities, new Cloud SON technology moves the self-optimizing network domain closer to becoming the centralized “brain” of the network – a network operating system (NOS) that can predict cause and effect, strategize for best outcomes and coordinate network response in a holistic manner.

“Many of today’s operational system are analogous to the muscles and bones of the body, the basic electro-mechanical fibers. SON is the brain that delivers intelligence and coordinates effective use of those resources to achieve strategic results, and Cloud SON bring us one step closer to a unified set of intelligent capabilities,” said Kehler.

Vodafone expands IoT coverage to 98% of the UK 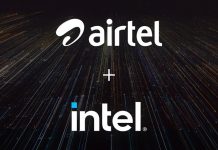