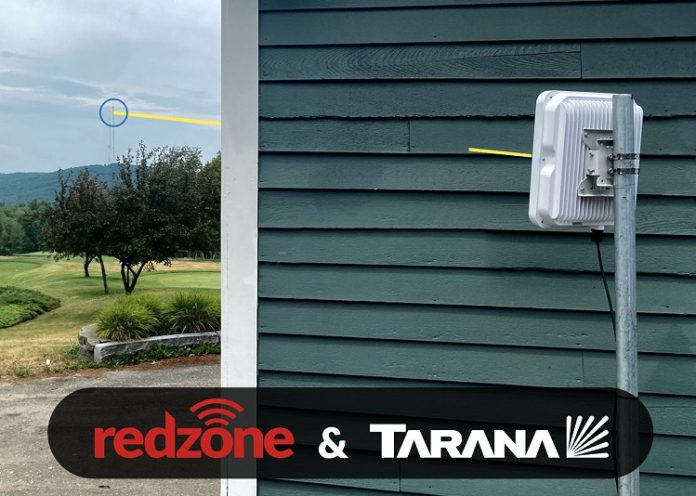 Redzone’s G1 network resolved the town’s internet deficiencies at 90% less cost and in one fifth the time the town had estimated to construct a fiber-to-the-premises network.

The Litchfield Broadband Committee (LBC) was organized in 2019 for the purpose of solving the town’s broadband challenges. “There was a group of us in town that were very unhappy with our service. Some members of the community had no broadband and many others were unhappy about either the quality or cost of their existing service,” shared Larry Bell, LBC Chair. When analyzing the situation, the committee estimated a cost of $5.6M to build an entirely fiber-based network that could reach every member of the community, an investment that would require a massive $5.2M additional contribution from the local taxpayers beyond their ARPA funding — averaging $3.5k per household.

Redzone Founder and CEO Jim McKenna stated, “A new and more cost-effective broadband network architecture needed to be considered to address the varied complex problems in rural Maine. The answer was to build a fixed wireless access network; a hybrid leveraging both fiber-optic and next-generation wireless broadband technology.” Tarana enabled them to do just that, empowering Redzone to submit a compelling G1-based ngFWA proposal to the town.

LBC member Joline Bell shared the group’s excitement about Redzone’s solution, “We need this now, we don’t need this two or three years from now, and Redzone offers a huge advantage by giving us an attractive timeline.”

Town Manager Kelly Weisenfells, an integral part of selecting Redzone’s Tarana-based proposal, recounted, “There were several very good benefits in going with Redzone. One, the initial ARPA funding we would provide as part of a public-private partnership was all we would have to contribute. Once we’re done with that, there’s no additional cost to the town… Another good benefit: Redzone’s is a known, tested technical solution.”

With the help of Litchfield officials and the G1 platform, Redzone has successfully covered the community in under six months, a dramatic reduction from the multiple years the community would have waited for less reliable aerial fiber-to-the-home service. With eleven Tarana base nodes across four towers, the network reaches every corner of the town, including the roughly 200 locations that were previously classified as unserved.

On July 18th, Redzone hosted an event for Litchfield locals to celebrate the network launch. A live G1 demonstration showed a download speed of 614 Mbps, despite a distance of approximately two miles and a building obstructing the wireless radio connection, showing off the technology’s unprecedented ability to provide high-speed internet in non-line-of-sight conditions. After conducting numerous tests with the Redzone team, McKenna confirmed, “Tarana’s technology performs well through trees, delivering deep non-line-of-sight coverage. It can serve up to 1,000 households from a single tower, and at peak data rates up to 800 Mbps per client.”

McKenna closed out the launch event with, “Our work is not done. Our engineering team and partner Tarana are working together to optimize the network so that everyone who wants a connection can get one, and we’re busy installing new customers every day. Welcome to the Redzone Revolution. The future is wireless.”