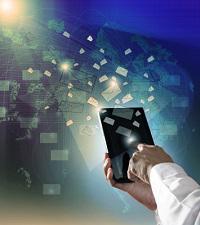 redONE began offering its new mobile plans in Singapore today, in what it calls a trial launch of its postpaid services. Having already established its brand since 2012 as a budget postpaid provider in neighbouring Malaysia, redONE will be offering monthly plans ranging from $8 to $28 a month.

All of redONE’s packages come with 1,000 free minutes to other redONE numbers, but what stands out is customers can get up to 300 minutes of free calls and 30 SMS to other local networks and also all Malaysian numbers. For its launch, redONE will be adding an additional 50 free minutes for customers who sign up in the trial launch.

Similarly, redONE Singapore customers can use their high-speed data quotas whilst roaming in Malaysia without incurring any extra roaming charges. Even when their bundle is depleted, they will still be able to surf, chat and post at a reduced connection speed, with no roaming charges applied. “What we want to create is a single redONE community linking Singapore and Malaysia, with plans that meet the needs of frequent travellers between the two countries,” said redONE Singapore CEO Francis Cheang.

During this month-long trial period, redONE will also be giving free data roaming to all other countries, capped at varying data quotas based on the users’ plan. The only condition of this free roaming trial will be that customers should provide feedback to redONE on their roaming experiences in order to improve the service.

Customers who are heavy social media users can subscribe to their redSOCIAL bundle. This is a monthly add-on that costs $18 for 20GB of Facebook, Skype, WhatsApp, and YouTube data. More bundles for heavy video, chat and voice users will also be launched in the near future.

Both the registration and SIM card fees are waived off in this trial launch period. To sign up, redONE has appointed a number of agents which can be located on their website.