Home 4G realme unveils Narzo 10 and Narzo 10A in India 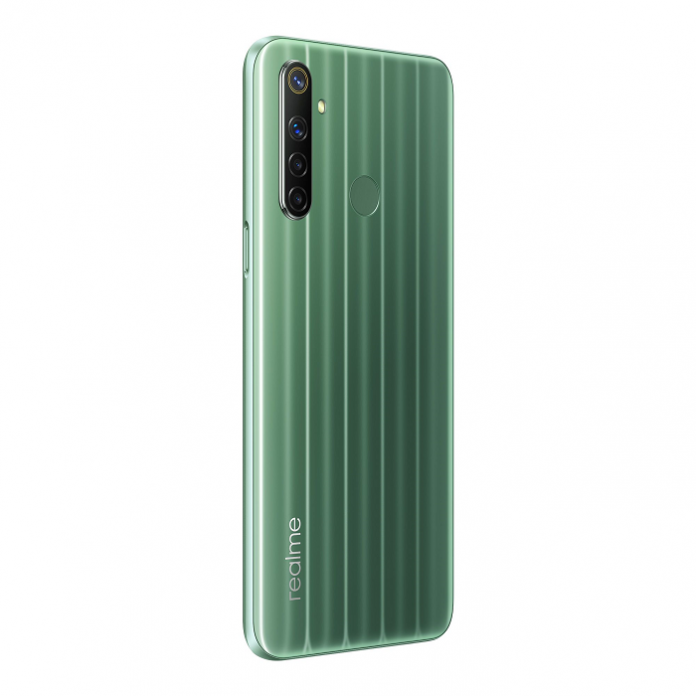 realme, the fastest growing smartphone brand, has launched a brand new performance-centric series – the Narzo 10 series with the Narzo 10 and Narzo 10A.

This will be a complete power-packed series with budget and flagship smartphones customized for gaming enthusiasts. While realme has been aiming to become the most popular tech lifestyle brand in India in 2010, the realme Narzo series will enable the brand to continue its philosophy of “Power Meets Style” since realme 1, while focusing on offering the best processor in its price segments. 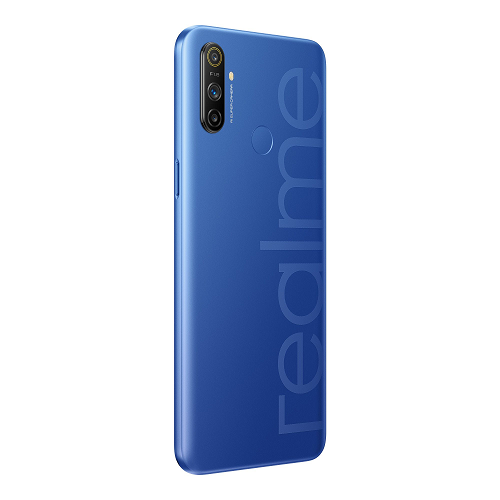 The phone also has a 16MP front-facing camera for super clear selfies. As the most powerful quad camera phone at its price, realme Narzo 10 is available in 2 colors – That White and That Green with the one and only 4GB + 128GB variant at INR 11,999. First online sale will start at 12 noon, May 18th on realme.com and Flipkart.com, and it will be available at the offline retail stores in selected states as well.

The realme Narzo 10A is powered by the 12nm Octa-Core MediaTek Helio G70, which is also the most powerful chipset in its price segment. It can clock speeds up to 2.0GHz and is built to give the users a fast and smooth smartphone experience. The phone boasts a powerful 5000mAh battery and supports the reverse charge feature.

The realme Narzo 10A features a 12MP+2MP+2MP triple camera set up, with an iconic design with sophisticated realme logos carved in the back. Available in So White and So Blue, the most stylish triple camera budget phone comes with a 3GB + 32GB variant at INR 8,499, will be available at 12 noon, May 22nd on realme.com and Flipkart.com. Also, Narzo 10A will be available at the offline retail stores in selected states from May 18th.

Explaining the future plans of this brand new series, Madhav Sheth, Vice President, realme and CEO, realme India said “We started the journey with “Power Meets Style”, and now realme has grown into a tech trendsetter, bringing some latest technologies for Indian consumers, such as the world’s first 64mp camera phone, India’s first 5G smartphone, and some fastest charging technologies. As the 4th largest smartphone brand in India, realme’s pursuit of technology has been far beyond performance and designs.”

“That’s why we created realme Narzo series, which is an attempt to meet the needs of game enthusiasts and performance seekers. Narzo, as a virtual gaming character we created, will continue to push our ‘Power’ legacy to the extreme. Future Narzo phones will be performance-centric phones for young players, with the best processors in its segments.” He further added.

Design: The design for realme Narzo 10 has been inspired by the earlier much loved Naoto Fukasawa design of the realme X. The back of the phone has been coated multiple times to bring smooth and easy to hold texture. This also minimizes fingerprints and ultimately brings a real masterpiece to this segment.

Massive Battery: The realme Narzo 10 runs on a 5000mAh battery. Featuring triple safety protection, this massive battery eases users’ concerns. The safety test covers every piece of the interior of the battery and charger

● 119° ultra wide-angle lens: With a f/2.25 aperture, 8MP resolution, users don’t need to lean back to capture the perfect shot thanks to this ultra-wide-angle lens with a 119° field of view. One click is all it takes to switch to the wide-angle mode, enabling users to capture more stunning images of landscapes, architecture, and large groups.

● 4cm Macro lens: The ultra macro lens enables users to get closer and discover the beauty of the micro world with the 4cm shooting distance.

3 card slots: realme Narzo 10 is also equipped with 3-card slots for two SIM cards and one SD card (up to 256GB)

Design: The realme Narzo 10A supports a unique and never seen before design – a mini-drop design with a big and iconic realme logo at the back on a scratch-proof texture, available in two colours.

Performance: realme Narzo 10A features the MediaTek Helio G70 processor, which is the best in the price segment. It also has the MediaTek Gaming Technology to optimize network latency. Apart from offering low network latency, the technology provides a more stable overall experience and solves the problem of in-game lag. realme Narzo 10A also equips with the Display Latency Optimization of Helio G70, which gives faster response time, more accurate screen control and thus increases the fluidity of the touchscreen.

5000mAh High-capacity battery: The 5000mAh high-capacity battery at the same level with outstanding advantages and a combination of hardware and software make users use the phone for a longer time before a new charge. With special OTG reverse charge, realme Narzo 10A can also become a battery life saver for its users.