Home Applications and Content Rakuten Teams Up with Messi10 by Cirque du Soleil as the Show’s... 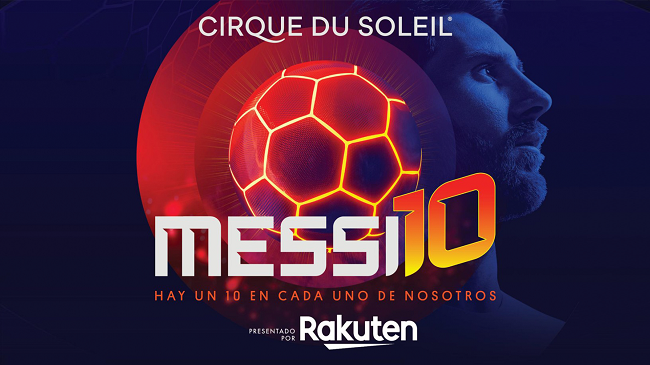 Rakuten, Inc., a global enabler in internet services, has announced their partnership with the new show Messi10 by Cirque du Soleil, set to premiere in Barcelona on October 10, 2019.

As part of the partnership, Rakuten will act as multi-continental sponsor for the show. Rakuten will also gain global exclusive distribution rights for the show’s official documentary, with Rakuten TV, Rakuten’s VOD platform, to premiere and distribute it in Europe.

Rakuten also plans on using its messaging service Rakuten Viber as a platform to activate fan engagement and to promote the show worldwide.

Messi10 by Cirque du Soleil connects with Rakuten’s long history of sports sponsorship and entertainment – two platforms that have the power to bring people together and unite the world by transcending language, cultural and regional barriers.

For Rakuten, this sponsorship is much more than a natural extension of the company’s partnership with FC Barcelona – it is the perfect fit with the Rakuten brand in terms of story, platform and its philosophy: Believe in the future.

“This is the story of a young boy overcoming all barriers to become the greatest footballer of all time, because he believed in himself. Cirque du Soleil delivers unforgettable experiences and provides the perfect stage for the show – this is something the world has never seen before,” said Mickey Mikitani, Chairman and CEO of Rakuten, Inc. “It is a pleasure to present Leo Messi’s story to the world using one of the most creative platforms in entertainment.”

“We are proud of this exciting new partnership with Rakuten. Together we will give Messi10 by Cirque du Soleil, an inspiring story of optimism, hard work and endurance, new places to expand through special content and features like only a global leader in internet and technology like Rakuten can bring,” said Matías Loizaga, PopArt Music Partner and Sponsorship Director.