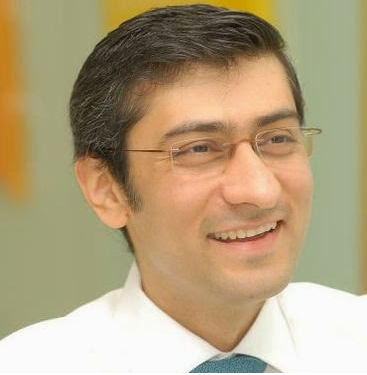 Nokia’s Board of Directors has appointed Pekka Lundmark as President and Chief Executive Officer of Nokia. Lundmark is expected to start in his new role on September 1, 2020.

Lundmark is currently President and CEO of Fortum, a leading energy company based in Espoo, Finland, where he consistently delivered robust total shareholder returns, successfully renewed the company’s strategy, and positioned it to be a strong player in the transforming global energy sector.

Prior to Fortum, Lundmark served as President and CEO of Konecranes, a global material-handling technology leader, and from 1990-2000 he held multiple executive positions at Nokia, including Vice President of Strategy and Business Development at Nokia Networks. Lundmark holds a Master of Science degree from Helsinki University of Technology. He will be based in Espoo, Finland.

“With the acquisition of Alcatel-Lucent behind us and the world of 5G in front of us, I am pleased that Pekka has agreed to join Nokia,” said Risto Siilasmaa, Nokia Board Chair. “He has a record of leadership and shareholder value creation at large business-to-business companies; deep experience in telecommunications networks, industrial digitization, and key markets such as the United States and China; and a focus on strategic clarity, operational excellence and strong financial performance.”

“I am honored to have the opportunity to lead Nokia, an extraordinary company that has so much potential and so many talented people,” said Lundmark. “Together we can create shareholder value by delivering on Nokia’s mission to create the technology to connect the world. I am confident that the company is well-positioned for the 5G era and it is my goal to ensure that we meet our commitments to our customers, employees, shareholders and other stakeholders. Strong values, leading innovation and unflinching commitment to our customers have always been core to Nokia and I want to put this even more at our center as we move forward.”

Rajeev Suri, Nokia’s current President and CEO, indicated earlier to the Board that he was considering stepping down from his role at some point in the future, provided a solid succession plan was in place. Nokia’s Board of Directors has conducted a structured process for CEO succession and has been working closely with Suri to develop internal candidates and identify external candidates. That process culminated today, March 2, 2020, when Nokia’s Board of Directors made the decision to move forward with Lundmark’s appointment.

“After 25 years at Nokia, I have wanted to do something different,” said Suri. “Nokia will always be part of me, and I want to thank everyone that I have worked with over the years for helping make Nokia a better place and me a better leader. I leave the company with a belief that a return to better performance is on the horizon and with pride for what we have accomplished over time. Pekka is an excellent choice for Nokia. I look forward to working with him on a smooth transition and wish him the best success in his new role.”

“On behalf of the entire Board of Directors I would like to thank Rajeev for his many contributions to Nokia, where he has served with both honor and distinction,” said Siilasmaa. “Rajeev’s loyalty, commitment, and deep personal integrity have served as an example to all of Nokia. I know that Rajeev will, like myself, always have Nokia blue running through his veins.”

Suri will leave his current position on August 31, 2020 and continue to serve as an advisor to the Nokia Board until January 1, 2021. During his tenure as CEO of Nokia and Nokia Siemens Networks, Suri led a significant consolidation of the telecommunications infrastructure sector; a fundamental turnaround of Nokia Siemens Networks including the disposal of multiple non-core assets; massive growth in the company’s highly profitable patent licensing business; the integration of Alcatel-Lucent; and successful diversification into new software and enterprise markets. Under his leadership, Nokia became one of the top two players in telecommunications infrastructure, rising from a number four position, with the scope and scale for long-term success.

“Pekka is the right person to lead Nokia in the coming years,” said Sari Baldauf, Nokia Board Vice Chair and Chair nominee. “I look forward to working closely with him and Nokia’s leadership team to build an even stronger company, one well positioned for the future.”

“I would also like to extend my personal thanks to Rajeev,” continued Baldauf. “He has been at the heart of a dramatic transformation of Nokia into one of the top players in the telecommunications infrastructure industry. His time at Nokia has been characterized by significant achievements, a relentless customer focus and a clear commitment to building a company culture based on both performance and respect. Rajeev leaves Nokia with my gratitude and appreciation for all he has done for the company.”