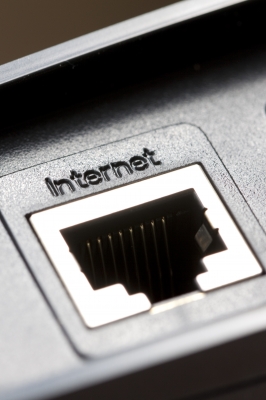 Keeping in mind the huge potential of providing broadband services for the SMB and the end customers segments, the telecommunications arm of the Indian Railways, RailTel is on its way to expand the broadband connectivity reach in states such as Karnataka, Tamil Nadu and Kerala with its RailWire project.

“The basic idea is to increase broadband usage in remote areas of the country. We want to take broadband where it is most needed. We started off from Bangalore in Karnataka and have moved to Tamil Nadu and Kerala. We are getting great response from local cable operators and so far we have got over 10,000 broadband subscribers in the region,” said, RK Bahuguna, CMD, RailTel. He was speaking on the sidelines of Convergence India at New Delhi’s Pragati Maidan.

As part of this initiative, RailTel has taken the Optical Fiber Access Network or OFAN approach to distribute broadband connectivity and has engaged itself in a revenue sharing partnership with multi-system operators (MSOs) and local cable operators (LCOs) to draw broadband connectivity from its already well entrenched optic fibre cable (OFC) points of presence (PoP) which have been established along with the railway lines across the country and provide much needed broadband internet connectivity to the remote parts.

“This is getting extremely popular among the student community. They can do many things with broadband. We are also looking at having SMB customers where the local cable operators can provide this broadband service and create many more opportunities for themselves. There are many possibilities once you have this level of broadband. The speeds start from 256 kbps and goes upto 10 mbps,” he added.

As part of this ongoing project, in the state of Tamil Nadu alone, RailTel has more than 2,500 km of OFC and about 400 PoPs. It is fast becoming a unique example of how telecom’s expertise can marry with the local cable TV ecosystem and deliver the whole new world of opportunities at the end customer level.

RailTel already has a firmly entrenched OFC network of over 45,000 KM spread all across the country and hence, it brings the broadband pipes to its PoPs and the local cable operators or LCOs will bear the cost of laying the last-mile broadband cable connecting RailTel’s PoPs with educational institutions and households with cable TV. Additionally, LCOs are also providing the modem switches or CPEs that bifurcates TV signals from Internet data at the consumer level.

“There is no doubt that affordability is surely a big concern for this kind of service. Government should subsidize broadband usage in order to make it more affordable for the masses. Also there is a need to work with cheaper STM or last mile devices,” he explained.