The company has announced that a customer-edge D-NFV solution, based on its ETX, a powerful Layer 2/Layer 3 Network Termination Unit (NTU), is now commercially available. The NTU is equipped with a D-NFV x86 server module that functions as a virtualization engine at the customer edge. It is being unveiled at CommunicAsia 2014 in Singapore. 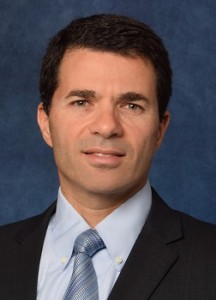 “The typical perception of NFV is that virtualized network functions (VNFs) should be implemented in data centers, but, from a service provider’s standpoint, they would best be located where they will be most effective and least expensive,” explains Ulik Broida, Vice President of Marketing and Business Development at RAD. “Service providers, therefore, should be free to locate NFV in all possible locations, from the data center to the network node to the customer premises,” he continues. “In addition, VNFs placed at the customer edge facilitate effective ramp-up of NFV solutions with a centerless NFV approach that requires a minimum of upfront investment and risk while providing service agility,” Broida notes. “RAD has designed its solution also to be an ideal first phase towards full-scale NFV deployment, which may combine VNFs at the customer edge, the network nodes and at the data center.”

Together with the solution’s launch, RAD has announced the formation of the RAD    D-NFV Alliance, an application ecosystem of network functions and value added capabilities. While it is open to all vendors, RAD pre-tests and certifies each application to ensure optimum quality and performance. The ecosystem embraces multiple virtualized application categories, such as security, networking and testing tools.

RAD will conduct a live D-NFV demonstration at CommunicAsia, coming on the heels of the widespread interest that was expressed at similar live demos held at other major industry events. The company has been running D-NFV testing with major carriers since the middle of last year, and publically co-presented a “Multi-vendor Distributed NFV” PoC within ETSI’s NFV ISG framework, together with its carrier sponsor, CenturyLink (NYSE: CTL) and three other vendor participants: Cyan (NYSE: CYNI), Fortinet (NASDAQ: FTNT) and Certes Networks.

“We see great potential with this unique and innovative approach,” said Adam Boone, Chief Marketing Officer at Certes. “D-NFV promises to be a perfect platform for our end-to-end encryption solutions, including our virtual security enforcement product, vCEP, which encrypts data in motion in virtual and cloud environments.”

Since 1981, RAD has pioneered innovative technologies that are designed to boost performance and improve the way service providers compete. These include MEF Carrier Ethernet 2.0, Layer 2 and Layer 3 performance monitoring, application awareness and Network Functions Virtualization (NFV), ASIC and FPGA development, hardware miniaturization and SFP enhancement, and timing synchronization. Much of these developments have shaped industry standards through RAD’s active role in organizations such as the Broadband Forum, ETSI, IETF, ITU, and the MEF. 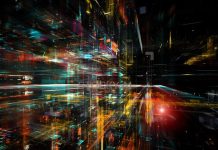