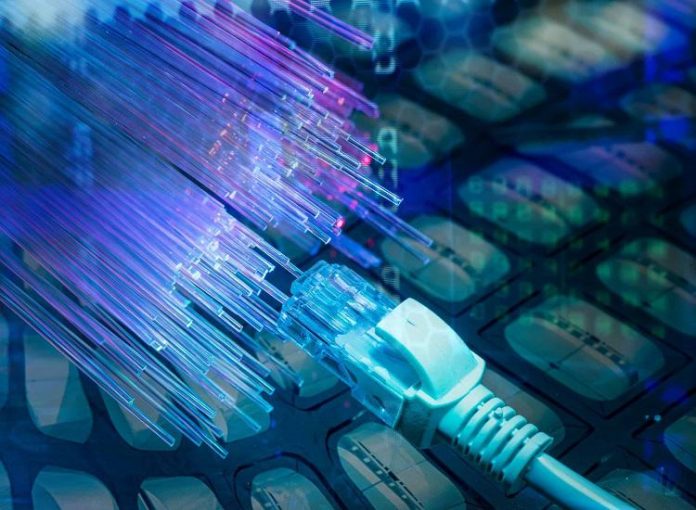 The Proximus and ORES CEOs Guillaume Boutin and Fernand Grifnée have signed a new agreement which will allow Proximus to use ORES’ electric poles to roll out optical fiber in Wallonia.

This agreement will speed up the creation of a multi-gigabit network open to all telecom operators, even in less densely populated areas. The agreement between Proximus and ORES will help to bring the benefits of fiber to homes and businesses in Wallonia more quickly, at the same time minimizing disruption to residents, as was demonstrated by a recent pilot project successfully completed in Bouge.

Optical fiber is the high-speed technology which best meets the needs of the future, for both residential and business customers. With optical fiber, all the members of a household can browse the Internet, watch streamed content, and play games online simultaneously, with no latency or loss in quality. Fiber is also the perfect solution for business customers because, in addition to unrivaled (multi-gigabit) speed, it offers greater reliability and will support whatever digital innovations may appear over the next few decades.

Proximus is committed to bringing optical fiber to 70% of Belgian homes and businesses by 2028 and, in order to achieve this ambitious goal, the company has spectacularly sped up the rate at which fiber is being rolled out over the last few months; indeed it has now become one of Europe’s leading operators in this field. The acceleration of the fiber rollout will be fully operational by the end of 2022, covering an extra 10% of homes and businesses each year.

Proximus is now extending its range of fiber rollout solutions in Wallonia by means of an agreement signed with ORES for the use of the latter’s electric poles. ORES is the leading Walloon distribution network operator and manages the electricity and natural gas networks of 200 of Wallonia’s 262 communes.

A faster rollout, with less disruption to residents

Guillaume Boutin, the Proximus CEO, and Fernand Grifnée, his counterpart at ORES, signed the new agreement on 17 January 2022. The two companies have been working together for a long time, given that Proximus has already been using ORES’ poles since 2008 to bring fiber to its street cabinets (ROP). The new agreement expands this partnership as it also incorporates the operations involved in using optical fiber routed via the electric poles to connect both residential and business customers.

The signing of this new agreement follows on from a pilot project carried out in Bouge in 2021, during which two kilometers of optical fiber installed on fifty ORES poles were used to connect 177 homes to fiber. The results of this pilot project, which will be extended to more than a thousand homes over the coming weeks, are highly encouraging. The rolling out of fiber via the electric poles allows users to be connected more quickly, whilst at the same time significantly reducing any impact that the work might have on residents.

So this new agreement between Proximus and ORES has an important part to play in rolling out fiber in Wallonia even more quickly and it will help with exceeding the national target set by Proximus of 70% coverage in 2028 and beyond. This is especially the case because the new agreement is open to all telecom companies operating in Belgium, under the same conditions and at the same price. What is more, thanks to the open multi-gigabit network rolled out by Proximus, all operators will be able to access the fiber which Proximus will be installing on ORES’ poles.

“This new agreement between Proximus and ORES is really good news for Wallonia, because it will give us additional ways of setting up the open multi-gigabit infrastructure which is essential in order to ensure Walloon competitiveness. Fiber will not only help to speed up the digital transformation of businesses, but will also contribute to revitalizing less densely populated regions, an especially important target in these days of videoconferencing and distance learning. We now hope that we’ll very soon be able to sign the same types of agreement with other electric grid operators in both Flanders and Wallonia, in order to facilitate digitalization and ensure that our regions are competitive,” said, Guillaume Boutin, CEO of the Proximus Group.

Fernand Grifnée, ORES managing director, commented, “The partnership we’re concluding with Proximus today opens up genuine prospects for the future by helping to achieve specific quality of service improvements in the communes which have chosen ORES as network operator. As an energy distributor, ORES works with all of a region’s citizens, businesses and public authorities. Our staff work hard every day to ensure a high-quality electricity and gas supply, plus – and in line with our mission statement – we’re making sure that we build partnerships which help to improve quality of service for customers on our network, whilst at the same time reducing both cost and disruption, thus benefitting the whole community. This partnership with Proximus is a specific example of our company’s firm commitment to acting as a partner for all the stakeholders who’re aiming to make life easier for citizens, businesses and the Communes in Wallonia.”

The Future of the Telecom Industry: What to Expect in the Next Few Years