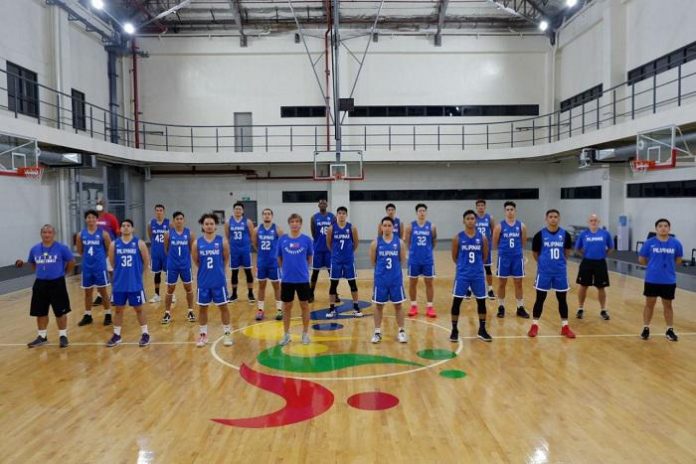 The COVID-19 pandemic may have put most sports leagues on hold, but PLDT and its wireless arm Smart Communications, Inc. (Smart) have not stopped in their goal to inspire nation-building through sports, particularly basketball — under the leadership of its top executives.

In fact, when we think of the term MVP, we think of the title given to the Most Valuable Player in team sports. But in the world of telco and Philippine basketball, MVP stands for Manuel V Pangilinan, the chairman of the country’s largest integrated telco PLDT.

Pangilinan is known for his active role in sports development programs in the country. As a result, he was recently recognized as the Sports Tourism Personality of the Year for 2019 at the 4th Philippine Sports Tourism Awards for his immense contribution to the sports tourism sector. With his leadership, PLDT and Smart were able to deploy fixed and wireless networks in New Clark City as part of preparations for the country’s hosting of the 30th Southeast Asian Games. PLDT and Smart were also the official telco partners of the global event that brought thousands of tourists to the country. 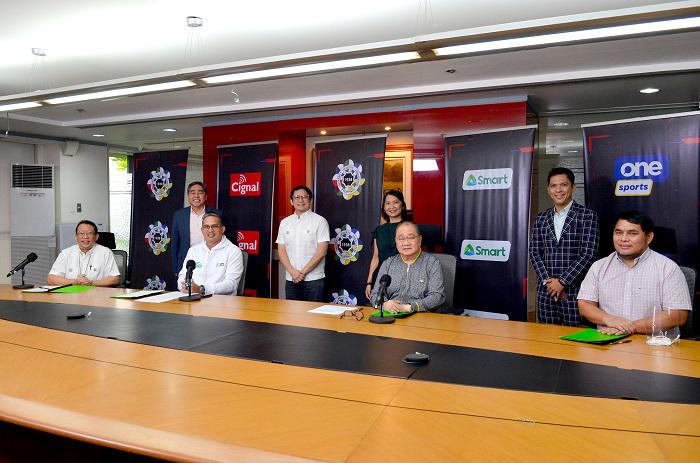 “Sports remains a high-potential investment for our country, and I consider it an honor to be able to continue supporting its development. We can improve our sporting landscape for the benefit of our athletes and, ultimately, for that of the greater Philippine nation,” Pangilinan said.

Telco chief Pangilinan is also a key figure in the country’s basketball scene. He currently serves as the Chairman Emeritus of the Samahang Basketbol ng Pilipinas (SBP), as well as a FIBA Central Board Member. He’s also at the heart of the Gilas Pilipinas program.

Another huge advocate of Philippine sports is Smart President and CEO and PLDT Chief Revenue Officer Alfredo S. Panlilio. When he’s not in the boardroom, Panlilio is at the forefront of the national basketball scene as the head of SBP. He also serves as the president of the MVP Sports Foundation (MVPSF) and team governor of the Meralco Bolts in the Philippine Basketball Association (PBA), among others. Recently, he donned a new hat as the First Vice President of the Philippine Olympic Committee (POC).

“It is our job to elevate Filipino athletes by giving them the proper training and exposure, especially opportunities to compete in international tournaments,” said Panlilio.

This great love for sports inspired them to think of ways to bring basketball back to fans with the help of technology, especially since the pandemic has forced everyone to at home in order to be safe.

Smart reignited the fans’ passion for hoops with the launch of the NBA.Smart portal. Avid viewers of the international league were able to watch NBA TV live from the Orlando bubble in the safety of their homes. NBA.Smart is part of Smart’s exclusive multi-year partnership with the NBA aimed at making NBA content more accessible to millions of Filipinos.

“Basketball is like a religion in the Philippines, so this opportunity to bring live NBA TV content at the palm of our customers only reinforces our commitment to give our customers exactly what they want, and enable them to pursue their passions through mobile technology,” said Jane J. Basas, SVP and Head of Consumer Wireless Business at Smart.

Smart had also set another milestone in mobile technology and innovations when it enabled the first 5G-powered sports broadcast during the Philippine Basketball Association (PBA) Philippine Cup in Clark Freeport in Pampanga. With its fiber-like speeds on mobile devices, Smart 5G made it so much simpler and more efficient to capture and broadcast all the hardcourt action. As a result, fans were able to have a better experience watching their favorite teams and players.

Smart 5G also powered ball-tracking cameras and even enabled heat-sensing cameras to constantly monitor the health and safety of all the participants in the bubble.

“Both technology and basketball are in the DNA of Smart. In this unprecedented PBA league, we are bringing these two together with the country’s first ever 5G-powered sports broadcast, paving the way for new exciting experiences for organizers, players, and fans of the sport,” said Pangilinan.

The coverage of the PBA Philippine Cup finals between TNT Tropang Giga and Barangay Ginebra also resulted in record viewership for the PBA on both TV and digital platforms. Up to millions of viewers have turned in, not only via broadcast TV, but also on social media as the best-of-seven series was streamed live on the Facebook pages of Cignal, PBA, and even FIBA.

Following the success of the PBA bubble in Clark, Smart, together with SBP, is set to boost the Philippines hosting of the FIBA Asia Cup 2021 Qualifiers in February next year. This comes after the successful sweep of the all-cadet Gilas Pilipinas team against Thailand during the second window of the FIBA Asia Cup 2021 Qualifiers in Manama, Bahrain. The young team has gifted the nation with much-needed good news during the holidays in the middle of a pandemic.

Smart, together with Cignal TV, also launched a partnership with the University Athletic Association of the Philippines (UAAP), securing a five-year agreement to support the collegiate league, opening the doors for a greater opportunity to showcase Smart’s technology to the younger market.

And last but, most definitely not the least, Smart has also announced its global partnership with FIBA, where Smart 5G technology will play a vital role in the events leading up to and during the much-awaited FIBA Basketball World Cup 2023, which will be co-hosted by the Philippines, Japan, and Indonesia.

“Basketball is in the blood here in the Philippines. Basketball is more than a game for us—it is a means of expression; it is an avenue for pride. And it should come as no surprise when we reach fever pitch when we co-host the FIBA Basketball World Cup 2023. The new FIBA World Cup 2023 logo shows a heart – which represents our company’s passion to support the SBP, our athletes, particularly Gilas Pilipinas, in this historic event. This is a huge step in bringing our athletes closer to the world stage,” said Panlilio.