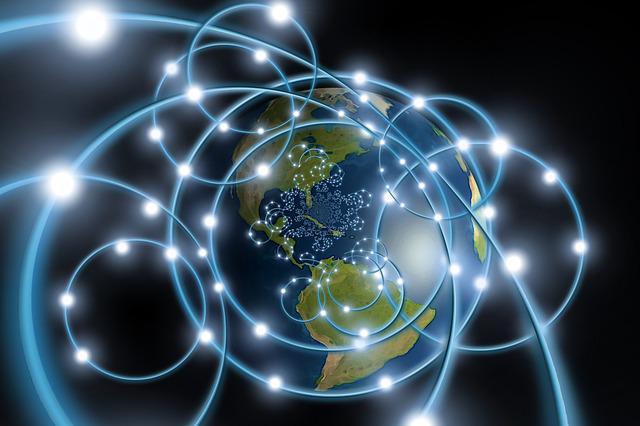 Space industry is experiencing disruption not seen since the original space race of the 1960’s. Numerous new companies are gearing up to provide space-based capabilities with new risk profiles, increased volumes, decreased costs.

Established companies are adapting to take advantage of the “NewSpace” opportunity. Lower development, production, launch costs are critical keys for success for all.

In the RF system, interference from adjacent carrier is the major problem due to spectrum congestion. This requires the need of spectrum licensing by regulatory authorities. But on the other hand, the optical system is free from spectrum licensing till now. This reduces the initial set up cost and development time.

Fiber provides extremely reliable data transmission. It’s completely immune to many environmental factors that affect copper. It’s immune to electrometric interference, radio-frequency interference (EMI/RFI), crosstalk, impedance problems, and more. You can run fiber cable next to industrial solution without worry. Fiber is also less susceptible to temperature fluctuations than copper and can be submerged in water.

Going back to basics, Lightwave transmission systems operate just below frequency of visible light, in the part of the near infrared spectrum between 800 and 1600 nm.  Using the wavelength equation, you can calculate that the frequency of a 1550 nm wavelength signal is ~193 THz. This is the wavelength used for long-haul telecom links. Note that even if you can use only 2 to 3% of the spectrum around that center frequency, there is more than 5,000 GHz of bandwidth available!

Wavelengths around 1310 nm are used for medium-haul, regional telecom links, and local area networks typically operate at 1310 or 850 nm.

In contrast to electromagnetic energy at lower frequencies, lightwave carriers are usually described by their wavelengths rather than frequencies, a holdover from physicists reporting emissions bands as spectral lines of a specific wavelength. Also, instrumentation like diffraction-grating spectrometers and interferometers resolve spectra using the physical basis of wavelength.

Use cases | Modern Day Optical Communication System based on DWDM

Current DWDM systems as shown in figure 2 above typically combine 16 to 40 channels from client-layer network terminals (NTs) using a wavelength multiplexer (mux). At the receiving end, a de-multiplexer (demux) separates the channels and sends them to individual receivers in client-layer NTs.  Because they work only from about 1530 to 1565 nm (conventional C-band), and more recently also from about 1570 to 1620 nm (L-band), DWDM systems have been designed and optimized for one of these two wavelength ranges. This requires wavelength-converting transponders for each channel at both ends of the link.

Spectral characteristic of the DUT can affect the measurement setup. For broadband components such as connectors, measurement of the insertion losses at one wavelength is enough. However, for narrowband components such as filters, multiplexers and demultiplexers, it is usually necessary to measure the insertion loss at several different wavelengths as shown in figure 3 below

Every optical component has at least one optical interface. When light hits this interface some portion of it is reflected back. The ratio of the incident optical power to the reflected power is the return loss, which is usually expressed in dB.

When the waveform passes from left to right, it can get degraded due to the combined effects of the laser, cable/connectors, and receiver as shown in figure 5. We can determine the overall effect on performance by convolving the responses of each of the constituent parts. The same information is available if we examine the frequency response of our network parts and then combine the result by multiplying their individual responses which is of course equivalent to the convolution of the time responses. Using a Lightwave Component Analyzer as shown in figure 5 below allows us to measure the frequency responses of our network components separately and then combined them into complete response by multiplying their individual responses.

By fully exploiting the terabit capacity of optical systems, courtesy, the very nature of optical physics, it can provide an interesting proposition for Space designers to switch from RF domain to optical domain.