Hotstar, India’s largest premium streaming platform, once again shattered records by hitting an unprecedented daily active user number of 100 million during the India vs. Pakistan match on 16th June, making this the highest-ever single day reach for the platform.

Underlining the fact that Hotstar’s viewership continues to grow across the width and breadth of India, 66% of the 100 Mn users came in from towns beyond the big metro cities. The streaming giant also registered record-breaking concurrency of 15.6 million, the highest ever for an ODI match, marking a 1.7x increase in average concurrency compared to any other India match.

Unmatched in its sheer scale, this season of ICC Cricket World Cup is being streamed across 6 languages – English, Hindi, Bengali, Tamil, Telugu, and Kannada. Hotstar has also retained its exciting social layer of #KoiYaarNahiFar with the Watch ‘N Play feature successfully creating an unparalleled and engaging cricket-watching experience for all the Hotstar users.

Through this feature, Hotstar enables friends coming together irrespective of their location, allowing them to make their voices heard by chatting about the match and their Watch ‘N Play experience, not only with their friends and family, but also with experts and celebrities.

Commenting on the development, Varun Narang, Chief Product Officer, Hotstar, “We are delighted to have been able to deliver an uninterrupted cricket watching experience to such a large audience at once. Having achieved a single day platform reach of 100 million demonstrates the indisputable technology prowess that Hotstar brings to the OTT industry. This remarkable achievement has helped us set a new viewership benchmark.”

In addition to India, Hotstar is bringing the ICC Cricket World Cup to consumers in the US and Canada as well, who are tuning in to the platform via the app, on the web (us.hotstar.com), Google play store, app store, as well as on living room devices like Roku TV, Apple TV, Amazon Fire TV Stick, Android TV, and Samsung Smart TV.

Hotstar’s immense reach and scale has always made it a preferred destination for advertisers across the country. Offering ad targeting for live sports at scale, the ICC Cricket World Cup 2019 on Hotstar is an exciting affair for all involved, including co-presenting sponsors Dream 11, Uber Eats, Amazon Pay, and Coca Cola, and associate sponsors Royal Challenge, Acko, CEAT, and ICICI Lombard. 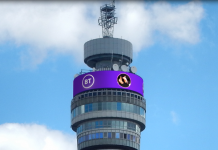