At a time when there is an exponential rise in online selling of smartphones, it is putting big pressure on traditional channel business models. As a result, South India’s Large Format Retail brand UniverCell has been acquired by New Delhi based Optiemus Infracom Limited.

“UniverCell is now a part of Optiemus Group. We have acquired the company about four months back. At this point, I will not be able to disclose the size of this acquisition. I would like to emphasize that with this acquisition, we have strengthened our retail footprint in the country. We already have a Mobiliti World as a retail store brand focused in North India. So as far as retail business is concerned, we have UniverCell and Mobiliti World,” explained, Ravinder Zutshi, Managing Director, Optiemus Infracom Limited.

UniverCell, one of the biggest Large Format Retail chain in the South India, was founded by D Sathish Babu in November, 1997, selling post paid mobile connections. Over the years, the company pioneered the art of selling mobile phones in the LFR category and presented a unique ambience – clubbed with interesting price points to its customers.

However, the company’s business model took a major hit primarily because of fast emergence of online retail business of mobiles and smartphones in India in the recent times.

Optiemus Group is a $ 650 million telecommunications enterprise in India. The company has a number of business units operating in different telecom segments. Zen Mobiles is focusing its efforts towards delivering mobiles, smartphones and tablets to Indian customers.

Molife is another brand from Optiemus which focuses around the mobile accessory space. Optiemus is also one of the biggest distributor for Samsung, Plantronics and HTC in India. The group has just entered into a joint venture with Taiwan based Wistron Corporation to initiate telecom manufacturing capabilities in India. 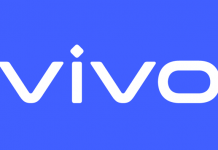