Home 4G OPPO ColorOS 7 Takes Gaming to the Next Level with Software Optimization,... 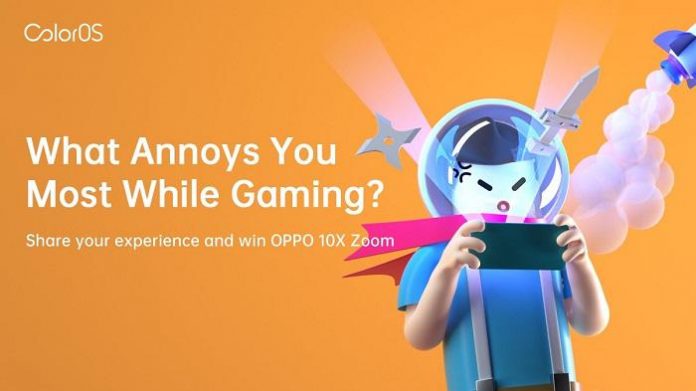 OPPO, the global smartphone brand is dedicated to bringing an outstanding mobile gaming experience to users across the world, catering to gamers’ needs from both hardware and software aspects.

With a combination of smart system layers, including a set of tech solutions covering touch and frame optimization, as well as Game Space and Game Assistant features, ColorOS 7 offers users smooth and effortless game play.

“We recently held the successful global overseas launch of our all-new ColorOS 7 from India, underscoring the relevance of this fast-moving market to the brand. Mobile gaming is an integral part of the market, which is why our Hyderabad-based R&D team is committed to further adapting ColorOS 7, focusing on audiovisual and gaming features designed specifically for the country’s growing mobile gaming fan base,” said Martin Liu, Senior Strategy Manager of OPPO ColorOS.

Liu further added, “The livestreaming event today highlighted some of the supreme gaming optimization embedded in ColorOS. This includes multi-tasking features and different modes that make gaming remarkably effortless, ideal for today’s interconnected gamers in India and around the world.”

To date, India ranks fifth among the world’s top mobile gaming markets, with over 220 million gamers spending an average of 42 minutes per day on mobile games. NASSCOM data estimates the Indian mobile gaming market will reach 628 million users by 2020, contributing to a market worth $1 billion.

On ColorOS 7, OPPO solves the problems like unresponsiveness, lagging and dropped frame rate. By detecting and predicting game heavy loading scenarios, ColorOS 7 reallocates system resources in advance, so your game runs smoothly even in the most demanding of loading scenarios such as team battles or driving cars. With this smart tech, the FPS (Frames Per Second) stability is increased by 38% in certain popular games.

OPPO enhances the touch performance on ColorOS 7, by working on CPU scheduling & pre-rendering, IC (Integrated Circuit) recognition, framework modification and more; as a result, the frequency of touch scan is increased, and the touch response remains fast despite its low power consumption. OPPO also made some special modifications for several popular games, delivering 63%* better touch sensitivity.

ColorOS 7 offers more intuitive features for your effortless gaming. With the Game Assistant, you can respond to messages more easily without exiting your game, and you can also block messages and notifications to keep yourself 100% focused. It’s now even easier to take screenshots and screen recordings of your most glorious gaming moments, and then share them with your friends with just a single tap. The Game Space app works like a gaming hub, showing a clear overview of the games you’ve played with your recent performance results. It also allows you to tackle multitasks by switching to different modes – here you can also view the battery status, network condition, and choose network modes.

OPPO’s global and Indian R&D teams have been working hard to understand the usage habits and trends among Indian consumers and further localizing the features of the OS.

Today, OPPO held an online livestream campaign, featuring an American gaming influencer competing in a popular multiplayer battle game while using many of the latest features including multi-tasking, no-disturb mode and screen recording, showcasing the smooth and effortless gaming experience that ColorOS is already bringing to millions of users across the world.