Customers in Kuwait are set to benefit from a series of new initiatives following the roll-out of the Ooredoo brand earlier this month.

Kuwait became the latest market to adopt the Ooredoo brand, following successful launches in Qatar, Algeria, Tunisia, and the Maldives. Customers in each of these markets have seen tangible improvements in their services resulting from the arrival of the Ooredoo brand.

The roll-out of the new brand has brought Ooredoo customers immediate benefits, including the ‘My Offer’ service for prepaid customers, which recommends specific products based on customers usage patterns. Ooredoo is also launching reward-based data packages, pre-paid and other smartphone plans to enhance the customer experience.

All data services will be supported by the Ooredoo’s USD 400 million modernized network, enabling it to offer some of the best-performing 3G and 4G LTE mobile broadband networks in the region and the world.

To support the focus on digital, customers are enjoying a new website that includes account management facilities, social media interactive engagement and the introduction of a revamped range of services including Kuwait’s online telecommunications store enabling them to buy electronics online. 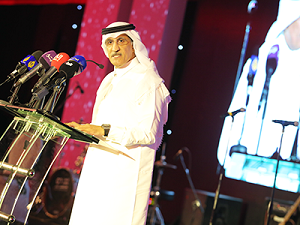 As part of the celebration of the success of the launch in Kuwait, Ooredoo held a special VIP ceremony, attended by ministers, dignitaries, key customers and partners; and opened by H.E. Sheikh Abdullah Bin Mohammed Bin Saud Al Thani, Chairman of Ooredoo.

H.E. Sheikh Abdullah Bin Mohammed Bin Saud Al Thani, said: “The roll-out of Ooredoo in Kuwait has been a major success. Ooredoo is looking to take the lead in all our markets, offering best-in-class data and digital services, and delivering the full benefits of 4G and Fibre solutions for businesses and consumers. By bringing our Kuwait team closer to the whole Ooredoo family of operations, we are able to leverage significant economies of scale and shared resources – and ensure that the benefits are passed on to our customers.”

Abdulaziz Fakhroo, General Manager and CEO in Kuwait, said: “Our customers are already beginning to see the results with the recognition from independent sources that we have the best network in the country. The arrival of Ooredoo further enables us to deliver the digital services that will transform every aspect of our customer’s daily lives.”

Ooredoo has hosted celebratory events for key segments, which were enjoyed by thousands of fans in Kuwait.

Ooredoo’s commitment to society is being demonstrated through its sponsorship of a sports arena which includes three indoor soccer fields; donating the first privately-owned braille printing press for the Kuwait Blind Association, and supporting Bayt Abdullah Hospital by fulfilling the wants of children with terminal conditions.

The company has also continued its new “I Want” campaign, which encourages women, entrepreneurs and young people to upload their wishes on the new Ooredoo website and receive support from Ooredoo to fulfil their dreams. Recent beneficiaries include a customer who wanted to set-up a bakery for an Instagram-based food business, and a family who received a full home makeover.

As part of its efforts to celebrate the biggest sporting event in the world with Leo Messi, the world’s best footballer, Ooredoo has launched its “Simply Do Wonders” campaign in Kuwait. The initiative encourages young people to upload videos of their football skills to the internet, and offers the chance to win a trip to Barcelona to meet the football star in person.

Employees in Kuwait have also benefited, moving to a new state-of-the-art headquarters in Kuwait City in parallel with the brand roll-out.

Markets that have launched the Ooredoo brand have recorded significant successes in 2014. Qatar, which rolled-out the brand in March 2013 in parallel with the commercial launch of 4G services, recently announced the milestone of more than three million customers. Algeria, which launched the Ooredoo brand in parallel with the roll-out of 3G services, now has more than 1.1 million active mobile broadband users as of March 2014.