Smartphone shipments in the premium segment (≥₹30,000 or roughly ≥US$430) grew an impressive 33% annually in India way above the single-digit overall smartphone shipment growth during Q2 2019.

This growth was mainly driven by new flagship launches from OnePlus in terms of OnePlus 7 series, price cuts from Apple for its iPhone XR and aggressive promotions from Samsung for Galaxy S10 series.

Second quarter was the first-ever quarter when premium segment had the highest number of models, offering a wide variety of choice for consumers. As a result, the total shipment volumes in the premium segment reached an all-time high.

Commenting on the recent report by Counterpoint, Vikas Agarwal, General Manager, OnePlus India said, “OnePlus focuses on offering the premium technology experience. Our user-driven product philosophy has helped us sustain the remarkable growth despite the slowdown in the industry. We are especially excited about growing the premium smartphone segment that is under-penetrated for several years with less than 5% share of the total smartphone segment”.

As more brands such as Xiaomi, OPPO, vivo and Huawei enter this segment, this segment is going to be hyper-competitive in the second half of 2019, great for consumers. Looking at the competitive landscape, the combined share of OnePlus, Samsung and Apple was 85% during the quarter down from 88% level a year ago, signaling this trend.

OnePlus saw a strong uptake of its flagship OnePlus 7-series regaining the top spot back after falling behind Samsung in Q1 2019. OnePlus captured its highest ever shipment share of 43% in this segment widening the gap with Samsung and Apple.

OnePlus continues to offer premium flagship features to Indian consumers at affordable prices. Having said that, with multiple model strategy, OnePlus debuted into the ultra-premium segment (≥₹45,000 or roughly ≥US$645) with OnePlus 7 Pro and immediately captured 26% share.

This ultra-premium segment is a subset of the overall premium segment and usually led by Samsung and Apple. With healthy sales of Samsung Galaxy S10-series, OnePlus 7 Pro and Apple iPhone XR the volumes in this segment almost doubled.

Samsung dropped to the second position in overall premium-segment holding 22% share with volumes declining 16% YoY. However, promotions for the S10 series remain strong. Galaxy S10 Plus was the top model for Samsung despite the availability of cheaper Galaxy S10e. This shows that India consumers are ready to pay more for a premium experience.

Apple’s volumes in this segment doubled annually in Q2 2019 driven by iPhone XR thanks to the price correction in April. Apple is also doubling down on its efforts to localize local manufacturing which will help them save 20% on import duties and can potentially pass on to consumers or use it to build its retail footprint and upcoming festive season discounting/marketing.

As Indian smartphone consumers become more mature and are looking to buy their second or third smartphone, the premium segment is becoming a key battleground to acquire these premium consumers. The new brands to watch out which could disrupt with premium features with offerings lurking around (≥₹30,000 or roughly ≥US$430) price points are Xiaomi, OPPO, Vivo and Asus lowering the barriers for consumers with aggressive flagship-grade offerings. 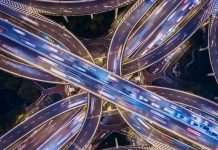 BT brings RCS Business Messaging for businesses in the UK