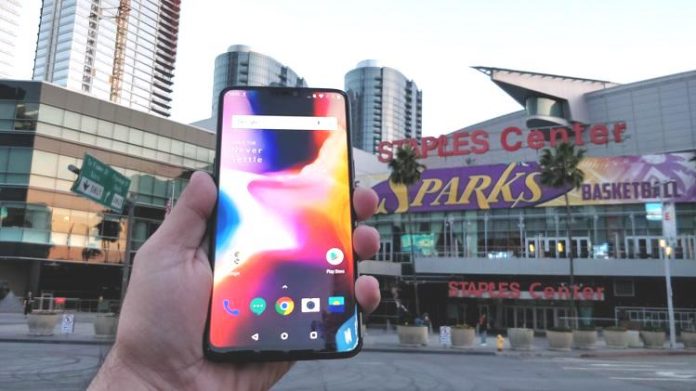 With a focus on one flagship at a time, the recently launched OnePlus 6 became the fastest selling smartphone in the history of OnePlus

The brand has one of the strongest and highly engaged communities with a base of 5M globally, and the overwhelming response to OnePlus 6 can be attributed to them.

OnePlus, the global Android smartphone maker, today announced that its latest flagship, OnePlus 6 has already crossed 1 million sales globally within 22 days of launch. The OnePlus 6 has also become OnePlus’ fastest selling smartphone, since the inception of the company in 2013.

It is a sharp upward hike from even the OnePlus 5T, which, until now, was the company’s best selling smartphone. OnePlus 5 and OnePlus 5T each sold a million units within three months of their launch.

“As always, our community has surpassed our expectations and we have them to thank for the overwhelming success of the OnePlus 6. We are touched by the trust that 1 million people have placed in us and are grateful for the loyalty they have displayed,” said Pete Lau, Founder and CEO, OnePlus.

OnePlus’ ‘one flagship a year’ strategy has allowed the company to create superior products with premium user-experience.Long-term partnerships with the likes of Amazon and Qualcomm, along with partnerships with carrier networks like Elisa and O2 in Europe have further helped bolster the company’s presence across 36 countries around the world.

OnePlus has taken a non-traditional approach to grow its business in countries like India, USA and Europe, through its community-first approach.

As a sign of gratitude to the OnePlus community that made the massive success of OnePlus 6 possible, OnePlus has announced a ‘Community Celebration Season’ that will see the rollout of exciting offers over 12 days, from 15th June 2018 to 26th June 2018.

The offers include INR 2000 cashback on Citibank Credit & Debit cards and no-cost EMI on all popular banks for three months. OnePlus customers will receive extra INR 1500 off on exchange; while on the exchange of any other device, customers will receive additional INR 1000. The unique OnePlus referral program on Amazon.in will allow customers to receive an extended warranty of 3 months by referring a friend. Additionally, on the purchase of a OnePlus 6 device across all online and offline channels, 2 lucky customers can win a OnePlus 6 everyday.

In addition to the above offers, customers can also avail free upgrades of software flashing and diagnosis without any labour charges, even on ‘Out of Warranty’ cases and a 10% additional discount on spare parts.

Airtel appoints new independent directors on its Board