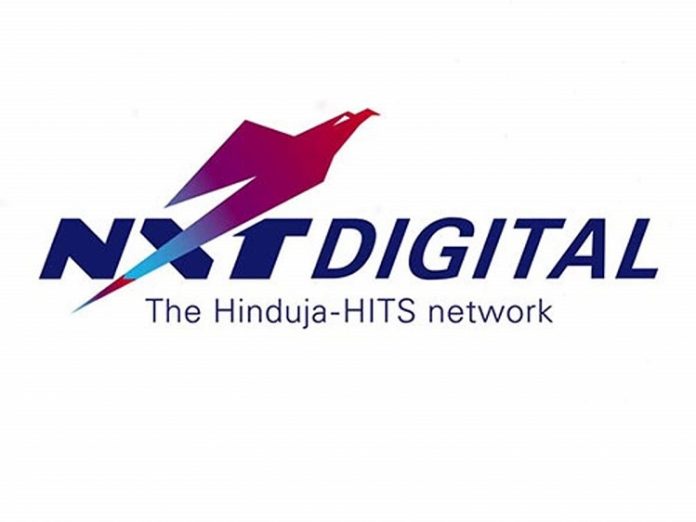 NXTDIGITAL LIMITED (NDL) and THAICOM PUBLIC COMPANY LIMITED, Thailand (Thaicom) have made a joint announcement of having signed a binding Memorandum of Understanding (MOU) to form a strategic partnership to enter the Broadband-over-satellite (BoS) market and related services in India.

The MOU envisages a partnership that includes deployment of BoS systems on India-focused capacity, which could be enhanced to provide future additional capacity on a state-of-art software-defined high throughput satellite; augmenting the existing IPSTAR-1 that is the first broadband satellite in the world and operational over India since several years.

Partnership could also be in OneOTT Intertainment Limited (OIL), the broadband subsidiary of NDL and India’s fourth largest private ISP with over 1 million customers and a presence in 150+ cities and towns.

Thaicom and NDL will look to provide BoS services immediately on IPSTAR-1 – focusing mainly on the rural footprint of India, comprising 60% of NDL’s customers, through the only HITS (Headend-In-The- Sky) platform in India. The BoS service will focus on providing cost-effective and quality broadband and will give a tremendous boost to delivering education, information, entertainment, health and other services to these markets. It will also look to complement the existing broadband delivery technologies and broadband penetration of NDL’s broadband subsidiary, OIL. The details of partnership elements are being discussed and will be documented in definitive agreements between Thaicom and NDL.

Says Patompob (Nile) Suwansiri, Director and Chief Executive Officer at Thaicom Public Company Limited “We are delighted to ink this MOU with NXTDIGITAL, which is easily one of the best digital

platforms groups in India. With our global satellite experience spanning nearly three decades and NXTDIGITAL’s distribution expertise, vast footprint and broadband penetration – we believe that together, we are best suited to delivering broadband over satellite and related services to India, not just at a high level of quality of service, but also cost-effectively. Our engagement and investments reflect our commitment to India, where we have had a presence since 2002, offering broadband over satellite since then.”

Says Vynsley Fernandes, Managing Director and CEO at NXTDIGITAL Limited “We have always taken our commitment to the Government’s digital India mission very seriously. With HITS, we now cover over 4,500 pin codes across India with a significant presence in not just rural India but also areas where terrain poses challenges to connectivity. Through this engagement with Thaicom, a global leader in satellite technology, we will look to facilitate digital inclusion across education, healthcare, information & entertainment – by extending satellite-based broadband connectivity and services to our customers there and also to underserved and other poorly connected markets.”

Thaicom and NDL will also develop and offer a myriad of global emerging digital solutions – critical to the government’s vision and mission of a resilient digital India. These solutions, already developed and deployed by Thaicom elsewhere in the world include satellite artificial intelligence solutions comprising space-based data technologies for agriculture, disaster relief & natural resource management to public WIFI systems and drones for augmenting rural digital solutions. With India’s significant dependence on agriculture and the incumbent challenges of crop management – the satellite-based AI will help by providing mission-critical data on tap.

Both companies have also agreed to set up a Centre for Excellence to develop new satellite and related digital based technologies through artificial intelligence and analytics – leveraging deep-tech research and development that both companies are known for.

NXTDIGITAL also announced that Yugal Kishore Sharma, Chief Executive Officer of its broadband subsidiary OneOTT Intertainment Limited (OIL) and the entertainment subsidiary IN Entertainment; has chosen to move on after a successful six-year assignment; to pursue new ventures in the field of sports and e-sports and nurturing Hindustan FC, a football club he has been associated with for several years. Yugal is credited with having led and built up the broadband business of the media group into India’s fourth largest private ISP, with over 1 million subscribers. A telecom industry veteran, Yugal has been instrumental in driving OIL and building up the various verticals, especially the innovative and highly successful ISP Strategic Partnership Aggregator model.

Said AK Das, Chairman of OneOTT Intertainment Ltd. and IN Entertainment “Yugal has played a pivotal role in the significant growth of OIL through his radical thinking, innovative strategies and evolving business models over the years. Today, OIL is a highly respected brand across 150 cities and towns with a very high quality of service, with customer centricity at its core. Much of that credit is attributed to Yugal’s leadership from the front, propelling ONE Broadband into India’s top 4 private ISPs. We take this opportunity to thank him for his contribution to the growth of the company and wish him all the very best as he pursues his new ventures.”

With a pan-India reach, NXTDIGITAL delivers television services through a dual delivery platform consisting of digital cable and the country’s only Headend-In- The-Sky (HITS) satellite platform, under the brand names INDigital and NXTDIGITAL respectively. The Company’s Digital Cable television platform delivers 650+ channels across 100+ cities and towns whilst the HITS service is available in more in over 1500 cities and towns covering more than 4500 Pin Codes – with a significant presence in the fastest-growing demographics of semi-urban, semi-rural and rural India. The company is well established nationally through a franchisee base of nearly 10,000 Last Mile Owners; delivering digital services to millions of customers across the length and breadth of the country.