In its bid to accommodate millions of visitors attending the 2014 World Cup, Brazil’s hotspot operator Linktel has selected Nomadix, Inc. to meet the high demand for public Internet access. Linktel, which operates the largest independent network of hotspots in Brazil, turned to Nomadix, a global provider of public access gateways, to provide a key piece of the equation with the deployment of its AG 5800 Internet access gateways at numerous Wi-Fi hotspot locations throughout Brazil.

Designed to extend Wi-Fi networks to create public Internet access networks, the AG 5800 is equipped with a range of bandwidth management tools to ensure an optimum connection and a fair share for each user. Linktel has deployed the AG 5800s across Brazil, from all 12 of the major airports servicing the World Cup to subway stations near Maracana Stadium. The gateways are also in use at several Rio de Janeiro beaches, including Ipanema, Copacabana and Leblon Beaches, as part of a special project with MasterCard, which offers free Wi-Fi for World Cup visitors.

Fred Reeder, chief commercial and operating officer of Nomadix. “Linktel needed a solution that would extend their Wi-Fi networks to create safe and secure public Internet access networks in transportation centers and other areas that would receive an especially-high volume of traffic. We’re thrilled to play a role in the managing of Wi-Fi for an exciting event like the World Cup.” Intended for larger-sized venues, the AG 5800 can support up to 4,000 simultaneous devices without any required change of hardware or software design. Unlike server based solutions, the AG 5800 is based on the VxWorks real-time, multi-tasking operating system and is architected to run faster using less processing power. Built upon Intel’s high-performance processors and communication technology, the AG 5800 sports built-in flash memory and contains the proven Nomadix Service Engine (NSE) Core Software to keep Internet traffic flowing.

“With its reliability and powerful bandwidth management capabilities, the AG 5800 has been an important piece of our Wi-Fi services during the World Cup,” said Jonas Trunk, director president, Linktel.

As far as India is concerned, Nomadix is working with its two distributors in the form of Innovative Data Solutions and Microsense Networks to push its product range in the Indian market. 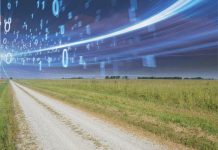