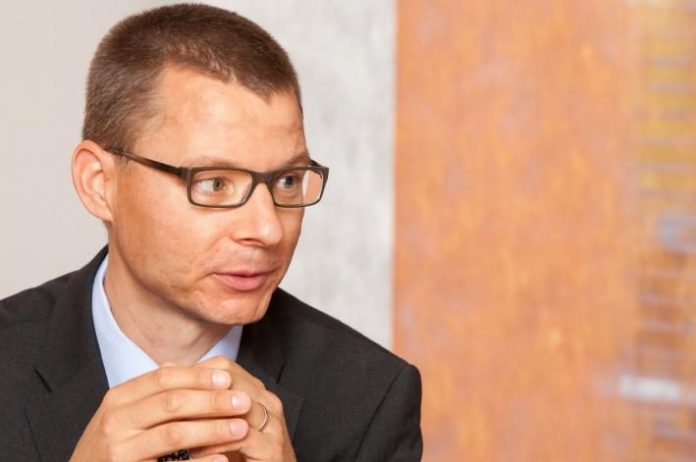 As global telecom operators look forward to meeting huge consumer demands of capacity and coverage – the answer lies in evolving their 4G networks with technologies such as Carrier Aggregation and eventually this can pave way for a smooth deployment of 5G technologies such as Cloud Radio and make their networks truly future proof.

Harri Holma, Fellow Radio Systems, Nokia Bell Labs interacts with Zia Askari from TelecomDrive.com about the way Nokia is moving ahead towards helping operators embrace the future of networks – and what are some of the innovations that the company is spearheading in the 5G space.

Working on the research side what are some of your core priorities today?

Priorities today, we would say on the high level is path to 5G that means that we know roughly what we want to achieve in the 5G technology.  We want to achieve mobile broadband…we want to achieve internet of things connectivity, large number of device is connected and then thirdly we want to enable critical communication of the global networks, critical communication would be like public safety, unless there would be some electronic cars and these are the great luxury made to high level targets and what we want to do is enable those first on top of 4G networks, like part of those starting now IOD public safety and then taking the 4G evolution towards 5G. 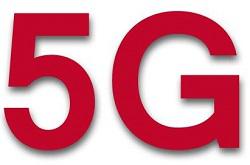 So, we thought about happening next year, and then 5G happening in a few years’ time.  So how we can make mobile networks ready for these new…

Having said that in your opinion what is the future of networks that you see when you move towards 5G and there is 4G still there, and of course there is 2G and 3G.  So, how do you look at the networks of future?

In terms of networks there are lot of underlying things which we are doing already today, the…network are slowly getting ready for the 5G.  One part is served upon the spectrum so to make sure that all the new spectrum options can be utilized and then a second we are looking at this transport network so how to improve the transport network in terms of having better fiber availability and how to bring the cloud radio benefits to the mobile networks and then we are also working on a number of solutions to make the network more efficient.

From a operator’s standpoint what should be the right strategy for operators to future proof their network, embrace the future…

That is a good point.  Really, things do not happen overnight so the…what we are working here is to kind of start the path to 5G.  And that means today, what it means that first providing 4G coverage which is still ongoing in India, using 4G capabilities like open IoT, improving 4G networks with technologies like carrier aggregation and and then at the same time bringing in the new 5G technologies like Cloud Radio, radio to the networks and also working on the small cells, so how to bring all these new technologies components first on the 4G network and then…the 5G network.  So, it is not like singe things but we need to have all these bits and pieces here available in the network.

But today if you look at a lot of operators are facing the challenge of capacity to meet the increasing capacity demand so in your opinion what are some of the technologies which can help them utilize the existing infrastructure and at the same time, address this?

Yes, let’s take one example, today in India still running by the 3G networks and telecom 3G is one carrier of 5 MHz up to any one 100 band and that is 5 MHz of 3G capacity and then if you think that what is now happening is there a lot of LTE technology, like 2300, 2500…and they are typically 20 MHz of bandwidth.

So, we are now moving from 5 MHz in 3G to 20 MHz in LTE and at the same time the spectral efficiency is roughly two times better in the new technology, so four times more spectrum, two times more efficiency sort of eight times more capacity.

And at the same time you can also utilize some other spectrum blocks like 1800 is being utilized for 4G so roughly…by deploying LTE technology using more bandwidth you can get roughly ten times more capacity than where we are today and that is more like evolution on top of the current networks.  On the existing sides using the existing network…

As a technology leader what would be your advice to operators going in for cloud RAN deployment or going in for small cell deployment in terms of addressing the issue of capacity as well as spectrum efficiency?

I think the small cells are important and they have been mainly important for coverage…indoor coverage but I think the highest priority in India still be the kind of outdoor basic coverage so the normal kind of blanket coverage from the micro base stations meaning that it is important to build first full coverage on LTE like 1800 or may be LTE 900 or later may be LTE 700, so first providing continuous reliable layer of 4G connectivity and upgrading that with more capacity on may be 2300 or 2500 and I think that should be the first priority and then small cells, of course, would may be the second phase of our deployment than the normal macro rollout has been completed. 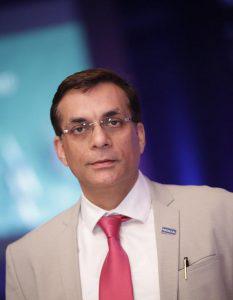 Tell us something about the key innovations that Nokia is bringing in the 5G and obviously keeping in mind the Indian market that is there so what are some of the innovations that we can expect from Nokia on the 5G?

Amit Marwah, Head of End-to-End Sales Solutioning, Nokia India: We already had a very strong R&D presence in Bangalore with Nokia and with the ALU acquisition we have further enhanced that so we have some of the most… futuristic things which are coming, for instance, the entire IMS R&D is sitting out of India which is something of the future, a large portion of that.

Some work has already started in our Bangalore center on 5G in terms of not only trying to create an experience but also trying to see how India R&D can contribute in terms of the revolution of 5G from a global perspective…clinical inputs which are going…etc.  Besides that some of the other technologies which are coming in the future like Cloud, like SON, and some of the new portfolios are, the R&Ds are spread across the world in number of centers so they just distribute the work and a lot of cutting edge technology work is happening out of R&D in India.

The evolution indeed will happen first in 4G network and that is something where there is a lot of focus today, remembering that the current networks are supporting 4 or 5G, so the peak day latest device is roughly 600 megabit, soon hitting 1 gigabit…and the idea has been from our point of view that the evolution is smooth. Part of this evolution will happen with software update – meaning that some of the latest products are already ready for that and they are even ready for the 5G introduction.  So the idea has been that what we are investing today is not going to be where but they are going to re-use that for the 5G networks.

And globally how many operators are you today engaged with when it comes to evolution towards 5G in terms of pilot, and PoC?

There are a lot of MOUs, there is a lot of trial activities even if you look at Nokia press releases, so if you look at some examples like the major trial activities, one is happening around Korea and the target is Korean 2018, sort of one year from now and Nokia is part of that activity so to bring the 5G services for the Olympic Games.

The second major trial activity is around Verizon Wireless in US where they are using 5G trial technology for providing fixed wireless access to homes, like replacing the and then of course we are working also very closely with a Japanese operators and they want to bring commercial, fully commercial wide area 5G for the Tokyo Olympics 2020.  Then also there is one example where Telia Sonera has committed to bring commercial 5G available by 2018 with Nokia. Telia was the very first operator who started the 2009, first operator globally and they are also now quite aggressive.

What is the update on your 5G engagement with Indian operators?

Amit Marwah:  Yeah, I think there are a lot of plans that we are right now working on.  Not to say that anything we have concluded right now but we are hopeful that at least some engagements we will be able to start within this year, not like so advancing that by 2018 we are going to launch 5G but the two, three focuses we have is that from an Indian perspective try to bring into the industry, the experience, the learning of what is happening across the globe so that we can have more engaged discussion and at the same time look at if there are some India specific use cases which are relevant for 5G.

You mentioned about the 5G experience centre in India, is this ready now?

No, it’s work in progress. I think within this year we should have something in place.