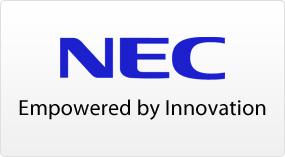 NEC Corporation has provisioned its Advanced Performance Analytics for Transport Networks service, which uses AI to increase the efficiency of design plans and operations for telecom carriers’ networks, such as the optimization of inventory and maintenance of their network devices. The service is expected to be available in the middle of 2018.

For telecom carriers, hundreds of thousands of network devices generate an enormous amount of log data during daily operations. Through extensive analyses of the log data using its advanced AI technologies, the new service will contribute to the introduction of best practices for telecom carriers and streamlining of operations.

Telecom carriers organize order planning for network devices by estimating the demand for them looking forward several months in the future, while considering the delivery lead time.

This new service estimates the demand for network devices based on highly precise predictions of future communication traffic using AI that are at least 97% accurate. This enables customers to optimize their inventory by making orders based on the estimated demand, current inventory level and lead time.

The new service also helps to resolve challenges related to packet loss, which frequently occurs due to increases in communication traffic and changes in the surrounding environment. Telecom carriers face the task of controlling labor and maintenance costs as they provide on-site troubleshooting when packet loss warnings are issued by any of the many network devices installed in different locations.

NEC’s Advanced Performance Analytics for Transport Networks service uses AI to predict which network devices may cause packet loss within the next two to three months, then proposes a priority order for the devices to be maintained. This enables network carriers to carry out optimized preventive maintenance based on estimated orders, which makes maintenance operations up to 15 times more efficient.

The new service was developed by combining NEC’s know-how from its involvement in more than 500 AI projects, as well as from the construction and operation of the PASOLINK series of ultra-compact microwave radio systems, which boast shipments of more than three million units. NEC will also provide multiple service menus utilizing the NEC Advanced Analytics Cloud with Heterogeneous Mixture Learning Technologies, which is an AI-enabled platform featuring NEC the WISE.