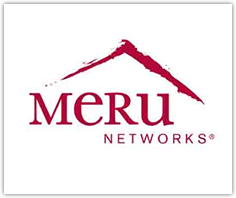 NEC Corporation of America (NEC), a wholly owned subsidiary of NEC Corporation and a provider and integrator of advanced IT, networking and communications solutions, and Meru Networks, a provider of intelligent Wi-Fi networking, has announced an agreement through which the two companies will work together to create software-defined network (SDN)-enabled unified wired and wireless enterprise access networking solutions.

The two companies are collaborating on support for OpenFlow to enable seamless interoperability between the NEC ProgrammableFlow Networking Suite and Meru 802.11ac intelligent Wi-Fi solutions.

NEC and Meru, both members of the Open Networking Foundation (ONF), are two of only three vendors worldwide to have received ONF conformance for their networking solutions. ONF members, including NEC and Meru, are collaborating with companies around the world to bring open networking solutions to market and are in the vanguard of innovation in SDN solution development.

The ONF Certificate of Conformance gives customers confidence that they are purchasing current technology that accurately implements a particular version of OpenFlow – the only globally-recognized specification for SDN.

The benefits that SDN provides in the data center, including network traffic optimization and lower cost of ownership, have been widely recognized, with large cloud-based service providers broadly adopting SDN switches. Realization of its benefits in the enterprise has grown recently, as wireless has become the primary method of network access.

“Meru and NEC share a vision for creating truly open networks through OpenFlow and SDN that allow customers to choose best-of-breed networking solutions,” said Dr. Bami Bastani, president and CEO of Meru. “Working together, we can set a new standard for vendor interoperability, increasing agility and lowering costs for our customers as they move into the open networking era.”

“NEC and Meru are taking a leadership position in the networking industry by working together to drive adoption of open standards,” said Mitsuhiro Murooka, vice president, strategic business and planning, NEC Corporation of America. “Customers today want flexibility in networking vendor selection, along with the ability to manage those assets in the way that best suits their specific needs. The combination of our technologies, bound together by OpenFlow and SDN, addresses their requirements completely.”