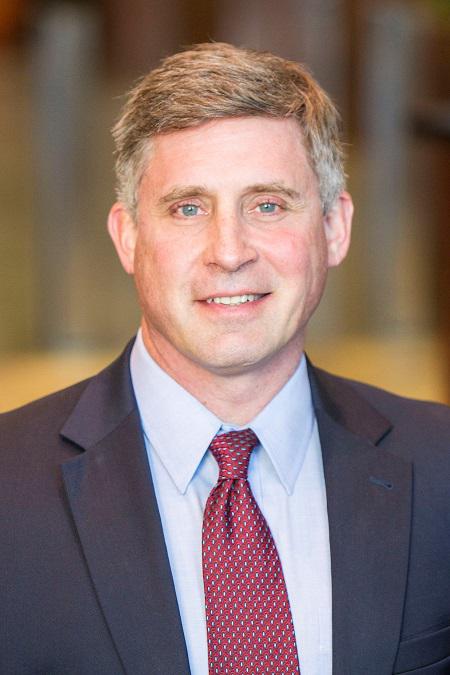 Enabling unique confluence around 5G, IoT and Connected Car adoption, National Instruments is presenting a platform design using software defined radios (SDRs) and its LabVIEW graphical system design software that can enable researchers to compress time from concept to prototype. The faster a concept can be prototyped, the faster that technology can be commercialized.

James Kimery, Director, Marketing, RF Research/Software Defined Radio, National Instruments interacts with Zia Askari from TelecomDrive.com about the company’s core focus today and what kind of innovations, the organization is bringing to the market.

What are the key focus areas for National Instruments today?

The key focus areas for NI at this point is –

How does the company look towards this whole space of 5G and IOT as an opportunity?

Both 5G and IoT create tremendous business opportunities for many companies with the promise of a truly connected world.  NI sees 5G specifically as an inflection point in wireless.  In prior evolutions of the wireless standards, the focus has been limited such as 1G analog voice, 2G digital voice and text, 3G digital data and 4G with mobile broadband data.

In addition to enhancing or increasing mobile broadband data, 5G will lower the latency of the network while also supporting connections to hundreds or perhaps even thousands of more devices for each serving cell.  Because of the expanded scope of requirements, 5G presents many difficult challenges for researchers.

Traditional design methodologies that rely on models and simulation fall short in addressing the complex challenges.  NI presents a platform design using software defined radios (SDRs) and our LabVIEW graphical system design software that enables researchers to compress the time from concept to prototype.  Researchers can build prototypes faster in real world settings and scenarios.  The faster a concept can be prototyped, the faster that technology can be commercialized.

5G also presents many testing challenges.  As new 5G concepts are proven in the field and commercialized, all of these new devices must be tested.  5G is considering adopting technologies such as mmWave and Massive MIMO which differ radically from traditional 4G devices that are the state-of-the-art today.  NI approaches the 5G testing challenge similar to how approach research – by using a platform approach where modular hardware and software can be combined and integrated to solve very complex challenges.  NI fundamentally uses a software centric approach to testing and strategic use of FPGAs in test systems.  In addition, NI platforms feature scalability to squarely address both wide bandwidth and increased antennas and signal processing chains.  Approaches that rely on monolithic box instruments lack the flexibility and scalability of NI’s modular platform approach.

One of the 3 primary goals of 5G is to support networks with thousands more devices than current technologies and this requirement is targeted to IoT and M2M applications specifically.  In a 5G connected world, devices for monitoring and control can be securely attached to a 5G network reducing the overall cost of IoT.  Many current wireless standards targeted for IoT feature “light protocols” but infrastructure equipment must be installed somewhere to access the network and someone has to bear this cost.

In addition the 3GPP has already defined optimizations for IoT and MTC that use the existing cellular infrastructure.  On the Device side, the radio technology for a cellular based IoT infrastructure has already realized tremendous economies of scale (by a factor of 1000 or more) and these technologies could easily be repurposed for small monitoring and control devices.  The pervasiveness of a cellular IoT overlay creates endless possibilities by significantly lowering the cost barriers of the traditional IoT approaches.

What kind of innovations are being led by NI today?

NI has been working on 5G since 2010 through our lead user program where we work closely with top researchers from industry and academic to help them create prototypes faster.  Through these engagements, NI has evolved our entire software and hardware portfolio to meet the challenges of 5G and IoT.  In additions these collaborations have led to many “firsts” in the wireless industry including:

Many of these research collaborations and technology demonstrations have directly impacted the standardization process, and are actively being evaluated for inclusion in the 5G standards.

What is your vision for the connected society? What role can be played by NI as a catalyst in this space?

NI envisions a truly connected world where measurements and signal generation devices can be deployed and monitored anywhere using the NI’s hardware platform and LabVIEW system design software.  In the recent 3GPP release 14, NB-IoT and LTE-MTC have emerged as viable alternatives to a wide range of existing, ad hoc wireless approaches that lack the coverage, robustness and potential ubiquity of a cellular based IoT universe.  The 5G focus of 3GPP Release 15 has largely been on the enhanced mobile broadband use case and not necessarily the MTC or the UL/LL use cases.   The recent IoT advancements in Release 14 may fill the void and accelerate the IoT opportunity providing a path for new innovation when 5G IoT rolls out – perhaps after Release 15.

For NI, NB-IoT presents a tremendous opportunity.  NI is the only T&M company in the world to offer a platform-based approach to solving complex test challenges that enables our customers to adapt quickly to new standards and create more cost optimized testers as our products naturally decrease in price with each new generation of microprocessor and FPGA technology while increasing in capability.  One of the obvious challenges facing NB-IoT is cost.  If the industry expects billions of IoT devices to be deployed in a very short time device manufacturers must target the lowest cost to be competitive.  As the component cost decreases so must the cost of testing each device.  Concepts such as parallel testing and using SDR technology to achieve lower cost while shortening development time through software reuse are hallmarks of a platform approach to test, and align with the challenges the NB-IoT ecosystem yet to be born.

Please share details on your focus at this year’s MWC in Barcelona?

NI’s work with industry and academia on prototyping 5G has put us in a unique position to take advantage of testing the standard once defined. This week at Mobile World Congress, NI announced NI-RFmx 2.2, the latest version of our advanced measurement software for PXI RF test systems. When used with the second-generation PXI Vector Signal Transceiver (VST), engineers can test 4.5G and 5G RF components such as transceivers and amplifiers using a wide range of carrier aggregation schemes, even as the 5G standard is still being defined. A demo of this new technology was on display in our booth and you can expect more about how NI’s flexible software and hardware platform will be instrumental to 5G test over the next year.

NI also highlighted a lead user collaboration between Bristol and British Telecom on Massive MIMO field trials for 5G wireless. The team of researchers assessed the performance of a 128 element Massive MIMO system operating at 3.5 GHz at BT’s Adastral Park facility. This field trial is based on the record-breaking announcement that Bristol and Lund made last March when they used NI’s platform to achieve a 22-fold increase in spectral efficiency over modern day 4G networks

What are the key geographies for you as an organization? Please share your growth plans?

We cannot publicly disclose our growth plans.  However, NI has direct offices in 50 countries worldwide with over 7500 employees.

Ericsson Aligns with SITIS to Improve Traffic Safety in India