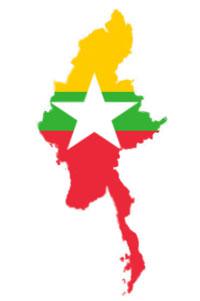 Intelsat, operator of the world’s first Globalized Network and leader in integrated satellite communications, announced that the Ministry of Transport and Communications (MOTC) of Myanmar has broadened its relationship with Intelsat to accelerate the deployment of the country’s wireless communications infrastructure in Myanmar.

The MOTC will utilize services on Intelsat 39, a Ku-and-C-band satellite which is scheduled to replace Intelsat 902 at 62° East in 2019. Under the new multi-year, multi-transponder agreement, Intelsat 39 will host both C- and Ku-band satellite services for Myanmarsat-2 which will enable the Government of Myanmar to significantly enhance its existing network as well as the networks of other mobile operators’ and media companies.

This will advance the expansion of affordable, high-speed broadband and internet connectivity to government agencies, businesses and communities throughout the country. It will also support and advance the MOTC’s goal of ensuring that 95 percent of its population will have access to broadband connectivity by 2022.

U Chit Wai, Permanent Secretary of Ministry of Transport and Communications Union Minister’s Office, MOTC, said, “By expanding our relationship with Intelsat, the power and efficiencies generated by Intelsat’s Globalized Network fortifies our network infrastructure, expands broadband connectivity outside of Myanmar’s urban centers and enhances the educational, health, media and government services provided to the people of Myanmar. Our partnership with Intelsat ensures that businesses will have access to fast, sustainable, high-quality broadband connectivity to support expansion of the media, energy and banking sectors and spur further economic development across the country.”

By integrating satellite solutions into its own mobile networks, the MOTC will be able to dramatically increase its overall network bandwidth, speed and reliability as it expands 3G and 4G services into the more remote areas of Myanmar. In addition, it will satisfy e-government requirements and ensure that communities have access to a broad range of government services, including healthcare and education. The satellite will also provide critical e-banking services as well as distribute informative and entertaining content to viewers throughout Myanmar.

“To build a more digitally inclusive society, we need a fresh approach to solving broadband connectivity challenges,” said Stephen Spengler, Chief Executive Officer, Intelsat. “This requires greater cooperation between the public and private sectors and a hybrid network that seamlessly integrates and leverages the strengths of different technologies to extend the communications infrastructure beyond city centers. That is why we are excited to build upon our relationship with the MOTC. By integrating Intelsat’s next-generation solutions into existing networks, together, we can build a robust and resilient communications infrastructure that reaches everyone and further enhances the lives of the people of Myanmar.”