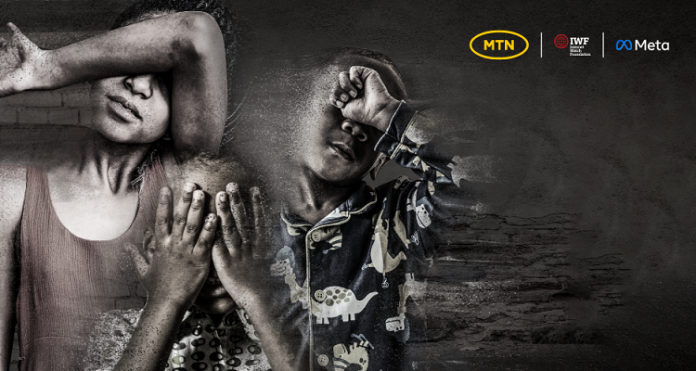 MTN Group has joined forces with the Internet Watch Foundation (IWF) Meta, ICMEC (the International Centre for Missing and Exploited Children) and Child Helpline International, with the support of the United Nations office on Drugs and Crime (UNODC), to launch the Help Children be Children campaign and the Child Safety Online Africa Portal to increase public awareness of the impact of Child Sexual Abuse Material and help prevent its spread in target countries on the African continent.

From 2019 to 2020, the number of reports received by the National Centre for Missing and Exploited Children (NCMEC) of child sexual abuse images and videos uploaded from the African continent grew by a staggering 81% to almost 2,4 million.

This new campaign is aimed at raising awareness of the gradual increase of Child Sexual Abuse Material (CSAM) and how it can be reported by the public in target countries. Additionally, the campaign will help train law enforcement and child helplines in target countries, positively engage policymakers and stakeholders through roundtables, to join the global fight against CSAM.

Nompilo Morafo, Chief Sustainability and Corporate Affairs Officer said, “Protecting children online is a global challenge, which requires a global approach. As we lead digital solutions for Africa’s progress, we have a critical role in ensuring that every African child is kept safe online. In alignment with our African values, we need to join forces to create a safe online village for our children. One where they are free from fear, humiliation, and abuse. One where they can have a normal childhood.”

Emma Hardy Communications Director at the IWF said “We have successfully launched 49 portals all around the world, including 23 in Africa, providing a tool to report illegal imagery to millions. Through the portals, the IWF and its partners such as MTN are working with governments, law enforcement units and other organisations to enable every single person to report child sexual abuse material online.”

David Miles, Head of Safety at Meta for Europe, Middle East and Africa said: “For more than a decade, we’ve been an industry leader in child safety around the world. We’ve helped build the tools used to investigate this terrible crime, rescue children and bring justice to victims. While we invest heavily in industry-leading tools to prevent such abuse from happening in the first place, it’s also important we spread awareness through campaigns and partnerships like this one so no child should ever have to face this abuse, whether offline or online.”

Bob Cunningham, President & CEO of the International Centre for Missing and Exploited Children, said, “The prevalence of child sexual abuse material (CSAM) is a growing threat in Africa and around the world. Every time abusive images are viewed or shared, children are revictimised. Therefore, it is essential that CSAM is reported, and local authorities have the tools and capacities to protect child victims. This awareness campaign is a crucial step to reaching parents, caregivers, and communities to help prevent future abuse before it happens.”

Patrick Krens, Executive Director at Child Helpline International said: “If we want to be more effective and efficient in our combat against online sexual exploitation and abuse of children and young people we must invest more time, money and human resources in the 3Ps of Prevention, Protection and Prosecution. For all three areas it is important to listen to what children have to say to us and each other. Every child has a voice, and we believe that no child should be left unheard.”

Carmen Corbin, Advisor for the United Nations office on Drugs and Crime, Global Programme on Cybercrime in Africa said “Building strong capacities in the national criminal justice sectors in Africa to investigate and prosecute online child exploitation is one of our programme’s priorities. But we are also aware that public awareness and prevention campaigns are the first line of defence that will make communities, families, and children able to avoid and report child sexual abuse material online. We want a safer Internet for all children, a place where they can learn, play and develop their talents without being threatened by predators”.

While 23 countries in Africa have already stepped up and developed their own portal or hotline, the Child Safety Online Africa Portal will be accessible in countries where there is not yet a reporting mechanism to ensure even more countries on the continent are able to report child sexual abuse material.