Home Android MTech Mobiles: “We have a three year vision to reach INR 1000... 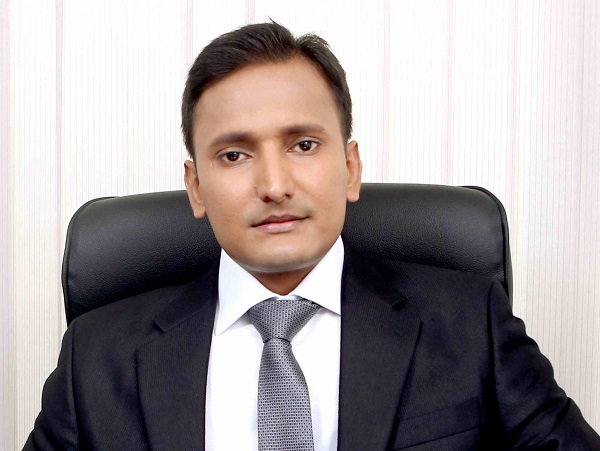 A focused player in the feature phone category, MTech Mobiles is banking on its robust distribution network in order to reach out to rural parts of the country and generate more value for its customers.

Vivek Agarwal, Chairman, MD and Co-Founder MTech Mobiles speaks with Zia Askari from TelecomDrive.com about the company’s current focus and its plans to grow in India.

What are the core focus areas for the company today?

Our strong distribution network helps us in the sales process and that is helping our growth. Last year we grew by 40% touching revenue of INR 150 crore while other companies have taken a dip in their growth.

Tell us about your distribution network?

We have almost 500 plus distributors spread across the country. We have our own distribution network and a good service network which is the strength of our company.

What are you plans in terms of launching new models, signing new distributors?

We plan to launch 3-4 models in feature phones and 1-2 models in smart phones every month. We have maintained this model for the last two years. Everyone is looking for a change and the distributors also feel many new players especially Chinese are coming in the market. I feel the competition is in the top category and the rural market is not being served, where most of the Indian population resides.

What is the competition landscape for a brand like yours?

Example, At Hissar, we contact the person who manages a service center. II contact them directly and keep a panel in their office. We have a direct communication with the center rather than a centralised chain where the order is routed through a third party. Service is everything. Most of the companies fail because of their lack of service.

What kind of investments are you going to put in?

Mobiles phones business is a capital intensive business. We have been at it for a while now and have managed the capital through promoters and banks but not raised any equity from the market. We will be investing additional INR 20-30 crore, mostly in the plant to expand our production capacity to 800k.

There will be more investment of INR 40-50 crore taking our total investment this year to INR 60-70 crore. The current market dynamics reveal that most of the players died due to non-availability of capital. We have maintained our margins and will keep infusing money as and when required.

Will your core focus remain on brick and mortar distribution channel and not move towards online channels?

We have our online channel and we sell through Flipkart and Snapdeal but we do not see any great gain from those channels. We are not very big and known in that space. Most of our sales is from the rural side where internet has not penetrated and delivery system in not very popular.

May be in the next 2-3 years, this strategy can change the industry is very competitive and the competition may push you too. We do have a vision that in the near future, our online sales should match our distribution on ground with the help of Govt.’s push to digitalise India

In feature phones, most of the innovations have already come into the market. It is a necessity based phone. For you, your current phone must be your fourth or fifth phone but my audience in the rural belt take my phone as their first phone.

They won’t buy a phone worth 5-6k but something that is accessible. There hasn’t been much innovation in the past and the prices of the feature phones have really gone down with very narrow margins. It is more of necessity based options that give extra benefits and extra offers that are selling.

What is the future of feature phones?

It will definitely come down. If you look at any data, 70% – 75% of phones used are feature phones with the smartphones slowly grabbing more market share. It will take time as the rural market is huge. Our sales have been very good where we moved from 1lakh pieces a month to 3 lakh pieces with 100% growth in our feature phones sales. My smart phones sale is just 10% of the total number.

I feel, there is not much innovation in the feature phones category, but it is more of accessibility, more of service and reliability that the customers keep a feature phone for longer durations.

Tell us something about your manufacturing?

We are 100% ‘Make in India’ compliant right now. We do not import anything finished and are among very few companies in the country to claim that. 100% is SKD material and we assemble the same at our plant at Baddi, Himachal Pradesh. We have over 300 people at the plant and in total over 700 people working for MTech Mobiles.

We make around 90% feature phones and around 10% smart phones which is directly related to our sales numbers.

What are your revenue projections for this year?

Beyond smartphones, are you planning anything else?

We want to focus on mobiles phones as of now. I want to strengthen my distributors’ network to 1000 from the current 500 in the next one and half year. We have added Gujarat, Chhattisgarh recently.

With a strong distribution network, we would achieve our target of selling 8lac pieces a month. Once that is achieved, we will look at adding more technically advanced products in our portfolio.