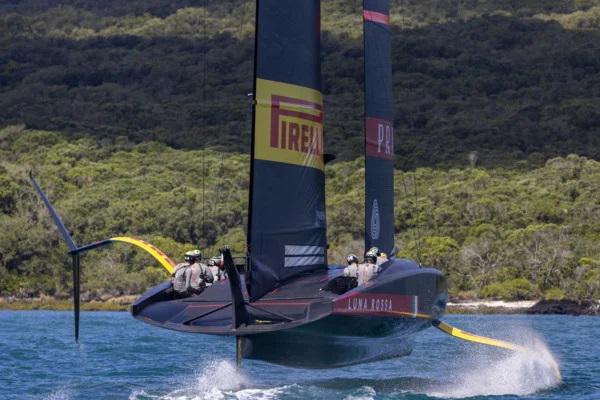 CommScope has announced that the Luna Rossa Prada Pirelli team has selected RUCKUS Wi-Fi equipment to connect its 75-foot long AC75 racing yacht during the PRADA Cup – being held January 15 to the end of February 2021.

The event is a preliminary selection of races between the Challengers, teams from Italy, the United Kingdom and the United States. The winner of the PRADA Cup will challenge the Defender, Emirates Team New Zealand, in the final match of the 36th America’s Cup presented by PRADA in March 2021.

The Luna Rossa Prada Pirelli team will rely on the RUCKUS Wi-Fi network to carry data from onboard sensors and devices to a local server and to support boats. The yacht is equipped with hundreds of sensors, along with mobile devices, wearables and on-board instrumentation, all of which generate data that must be gathered regardless of weather conditions and signal obstruction from materials in the boat itself. During the race, gigabytes of data, including knot speed, GPS coordinates, tide, wind and weather conditions, among other nautical details will be continuously transmitted to the support boat. RUCKUS access points inside the boat enable the data collection and transfer.

“To quote the legendary sailor Peter Blake, ‘everyone knows the America’s Cup is not a sport for the faint hearted.’ Extraordinary people with huge motivation have been dedicated to turning this living machine into a flying yacht,” said Gilberto Nobili, operations manager, Luna Rossa Prada Pirelli. “Our 116 Luna Rossa Prada Pirelli strong team members have demonstrated unconditional dedication to getting every performance detail right. The team responsible for this revolutionary AC75 sailing yacht with potential for speeds up to 50 knots relies on CommScope for its unparalleled accuracy in Wi-Fi connections.”

For the first time, the America’s Cup will be raced on 75-foot foiling monohulls, which lift out of the water to reduce drag. Over the past two and a half years, Luna Rossa Prada Pirelli team’s combined naval, structural, mechanical, computer and aerodynamic engineering expertise have contributed to the hydrofoil design.

This unprecedented engineering feat coupled with daily tests during training have been instrumental in optimising the boat’s performance. Data collected by CommScope’s RUCKUS access points on the racing boat was continuously transmitted to the support motorboat, normally covering distances up to 300 meters in rough waters and gusting winds. On shore, designers ran simulations based on the massive amount of data gathered; and sailors continuously refined their approach.

Smooth sailing with the finest talent and technology available
Traditionally, the America’s Cup is held in the waters of the defending champion, which meant the Luna Rossa Prada Pirelli team had to move its boats and base of operations from its headquarters in Sardinia, Italy to Auckland, New Zealand. Fortunately, the team was able to dedicate full attention to race preparation rather than IT operations thanks to a seamless transition from on-premises-based network management in Sardinia to RUCKUS Cloud management for the New Zealand operations.

Security is tight at the America’s Cup and espionage is a legitimate concern for all teams. To ensure rigorous end-to-end network security, Luna Rossa Prada Pirelli has implemented RUCKUS Cloudpath®. The software assigns a digital certificate to each staff member, and once authorized, users don’t have to re-enter credentials. If there’s any problem with a user on the network, it takes less than a minute to revoke that person’s credentials without affecting anyone else.

“The America’s Cup is the oldest international sporting trophy and is considered the world’s most important sailing event, won through mastery of sport and technology. The Luna Rossa Prada Pirelli team is focused on state-of-the art sailing backed by reliable Wi-Fi connectivity,” said Bart Giordano, senior vice president of sales for CommScope’s RUCKUS business. “The journey to Auckland has been incredible and CommScope is thrilled to be part of this continued collaboration with a team of exceptional people.”

How BlueJeans by Verizon is Reimagining Virtual Events