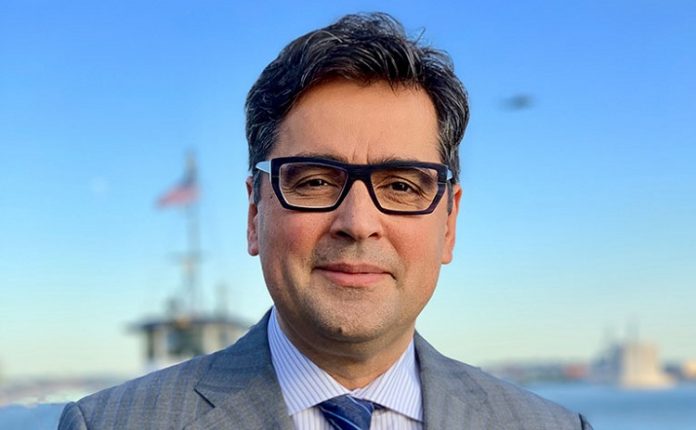 AT&T has elected Luis Ubiñas to its board of directors, effective immediately.

Ubiñas, 58, has had a career spanning business, government and the nonprofit sector. He served as a senior partner at McKinsey & Company, as President of the Ford Foundation, and as an appointee to both the U.S. Competitiveness Committee of the Export-Import Bank and the International Trade Commission. Over the last several years, he has been an investor, advisor and board member.

From 2008 to 2013, he served as President of the Ford Foundation, the second largest foundation in the United States.

Prior to that, he spent 18 years at McKinsey & Company, including as a senior partner and leader of the firm’s West Coast media practice. At McKinsey, he served technology, telecommunications and media companies, working with them to develop and implement strategies and improve operations, particularly in broadband and wireless.

Ubiñas is currently the lead director of Electronic Arts; serves on the board of Tanger, the publicly traded REIT; and advises several private and pre-IPO companies.

“Luis is an accomplished executive and a terrific addition to our board,” said Bill Kennard, chairman of AT&T’s board of directors. “His leadership experience and expertise across broadband and wireless, government and the nonprofit sector align with our priorities to serve customers, investors and our communities.”

Mr. Ubiñas’s election brings the number of directors on AT&T’s board to 13. He will serve on the board’s Public Policy and Corporate Reputation committee.

Mr. Ubiñas graduated with a degree in government from Harvard College and received an MBA from Harvard Business School.