As a result of this next generation billing systems implementation, LaoTel is considerably improving its services and overall operations

Lao Telecommunications Company (LaoTel), the leading telecommunications service provider in Laos, has made its service offerings more competitive and streamlined its operations with the implementation of a new billing solution from the UK based LogNet Systems.

In an effort to make its services more attractive and its operations more efficient, LaoTel decided to overhaul and integrateits billing, service delivery and customer support systems and processes. After an intense selection process, which included a fully integrated proof-of-concept (POC) trial, LaoTeldecided to enlist the help of FPT Information Systems (FPT IS) to implement the MaxBillsolutions for Modern Billing from UK based LogNet Systems.

According to KingkeoVangkaneng, Deputy General Director at LaoTel, “The MaxBill solution is empowering us to grow our business with improved profitability and efficiency and increased customer loyalty to the LaoTelbrand.”

By using MaxBill to upgradeits billing operation, LaoTelhas been able to automate its service delivery, offer attractiveservices packages, provide better customer service and improve billing transparency.The implementation of MaxBill has also had a strategic impact at LaoTel by enabling the company to define and implement comprehensive business processes that are completely integrated across its organization.

“Unlike most billing projects, which tend to be highly technical and overly complex, we have helped LaoTel facilitate holistic changes and implement strategic decisions that will allow LaoTel to attract more customers and grow its business,” explained Kirill Rechter, CEO of LogNet Billing.

With a modern approach to billing enabled by MaxBill, LaoTel has been able to turn its service delivery and billing operation into competitive advantages, setting the company apart from a growing range of direct and indirect competitors that have gradually become available to customers in Laos.

LogNet Systems is a UK-based company with nearly two decades of experience in providing modern billing and customer experience management solutions. The company has customers across EMEA, APAC and the Americas in telecom, utilities, transportation and financial services industries. 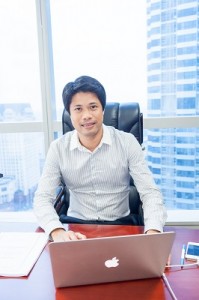 FPT IS is based in Vietnam and is a leading systems integrator for telecommunications service providers in Southeast Asia. The company employs over 2,500 engineers specializing in developing application software, ERP services, information technology and system integration as well as systems for handling enterprise procedures.

“Our goal is to help telecommunications, mobile operators and other communications service providers to improve the management of their network and business operations,” explained Le Anh Tuan, General Director of FPT IS Global.

FPT IS is currently expanding internationally and has recently partnered with LogNet Systems to target billing projects at telecommunications service providers similar to LaoTel as well as utilities companies and municipalities in emerging markets across Asia, Europe, Africa and the Americas. 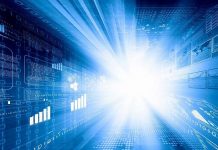 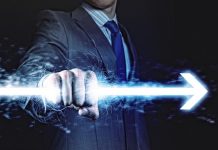 How Oracle is Powering 5G, Fiber and Digital Services for CSPs