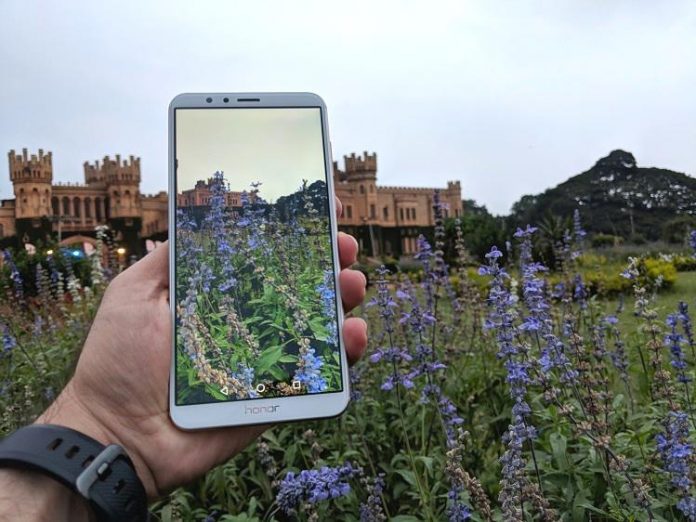 Honor, Huawei’s e-brand for digital natives, has started manufacturing of its latest budget blockbuster, Honor 7X in partnership with  Sketch-to-Scale™ solutions provider, Flex, at Flex’s plant in Sriperumbudur, near Chennai.

Huawei Honor started manufacturing in partnership with Flex India in September 2016 and started with Holly 3 which was the first phone under the ‘Make in India’ initiative. The scope was further increased by manufacturing Honor 6X. Now, with Make in India move for the recently launched, Honor 7X, Honor has indeed delivered on its promises.

Huawei was one of the first companies in the telecom sector to make the deep seeded investment and over the last 18 years has continued to make in-roads to make India as one of the company’s biggest centers of learning, localisation and development. Honor continues to strengthen its base by investing in an R&D center and setting up a manufacturing base for our Indian operations. Innovation is the core proposition that Honor has harnessed to move up the growth trajectory, with consistent investments towards consumer centric smartphones like Honor 7X.

Underlining its India First approach, Honor has been on an aggressive front and has lately introduced some of its best products in India, ahead of global launches. The company has also expanded its service network with 4 new Exclusive Service Centers in key metro cities.

“Honor and Huawei will keep evaluating the demands for the product in India and will keep trying to up the ante for indigenous production and localization. Huawei’s manufacturing initiative is part of its commitment to the Government of India’s ‘Make in India’ vision by harnessing local talent, coupled with the infusion of hi-tech R&D expertise and knowledge into the country. The smartphone manufacturing announcement is another milestone in Huawei’s 18-year journey in India and the production of the bestseller Honor 7x is another milestone for us”, said P Sanjeev, Vice-President, Sales, Huawei Consumer Business Group.

Honor saw a 3x growth in Q4 of 2017 as compared to Q4 of 2106, owing to the success of Honor 7x which has been touted as the bestseller in the category despite the volatility of the smartphone industry and competitive landmines and supported by the AI enabled Honor View10.

Honor 7X has been hailed as one of the best devices in the budget segment, giving optimal performance at economical price. This well-rounded phone provides one of the highest screen to body ratio with a fancier display- packing a massive 5.9” screen in a sleek body. It gives an immersive visual experience along with picturesque portrait like photographs.

Honor 7X device sports a dual-lens 16MP + 2MP rear camera supported by a phase detection autofocus and LED flash. Accompanied by special filters and ‘Effects’ function, amateur photographers too can stand out on social media with superior quality images. Honor 7X has a professional eye protection feature all incorporated within an impeccably styled metal body and a 2.5D glass face fitted seamlessly into the aluminum chassis. Powered by Kirin 659 octa-core 2.36 GHz processor (with Mali-T830MP2 GPU), Honor 7X is fitted with a Li-Ion 3340 battery. It has 32 GB and 64GB internal storage capacity which is expandable up to 256 GB and provides a quick sensory response. The Honor 7X smartphone comes in Blue, Gold and Black finishes, giving an unarguably a premium feel to the consumer.