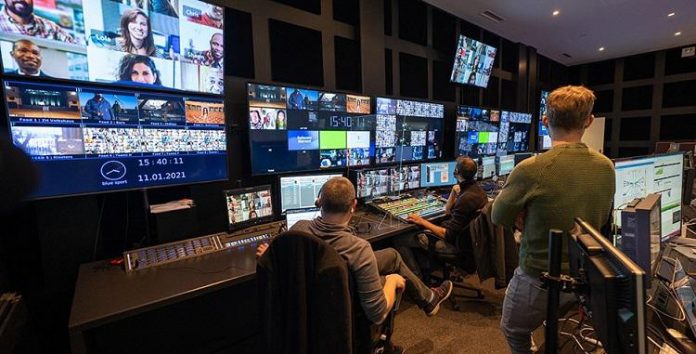 On 13 January 2021, Bligg, Marc Sway and Band, Flavie Léa and seven other up-and-coming artists from the blue music talent show Sing It Your Way made history. For the first time ever, musicians based in separate locations performed together remotely – a feat previously considered technically impossible.

Wednesday 13 January 6:29 p.m. The tears of relief are in full flow – in Chillon Castle, above the rooftops of Bern, at the Teatro Sociale in Bellinzona, in a ski hut in Klosters, in the Zurich Volkshaus and at the blue TV production centre in Volketswil. 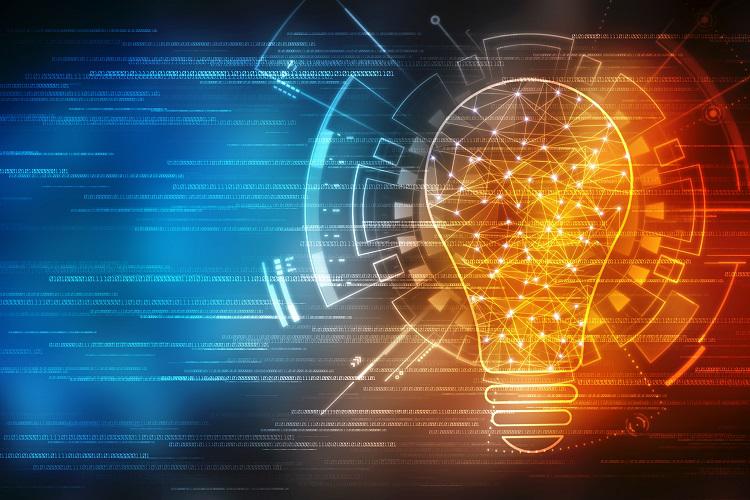 It’s all to celebrate a world first. An achievement previously thought technically impossible: a live performance featuring 15 singers in six different locations. Apart yet united. On the very day that coronavirus forced Switzerland to re-enter lockdown.

However, the risk that the experiment would fail was very real. Jürgen Lochbrunner, Technology project manager, explains: “We thought long and hard about how the project could work. We did a lot of research and discovered that a number of very similar projects had already failed in the recent past.” The major challenge with the project lies in the different latency times, over multiple levels. Latency is the time it takes for a signal to go from the start point to the endpoint.

In other words, when the music starts at the Teatro Sociale in Bellinzona, there is a delay of a few milliseconds before it arrives at the studio. This is barely audible when people are speaking, but when you are bringing together different elements of the music from six different locations, the slightest time shift is noticeable, even for a layman.

Wherever signals are transmitted, there are slight delays, and this is precisely what makes it so difficult to synchronise a remote concert in real time. It is why it is impossible to sing together on a video call, for example. And it also explains why all the previous attempts we know of failed.

This was known prior to the experiment and it is worth reminding the engineers of this. Image processing is much more data and processor-intensive than sound processing, so the latency time is even greater.

In the experiment, the engineers therefore separated sound and image in order to achieve absolute synchronicity in the sound transmission. This can be illustrated as follows: in a race, all the runners set off at the same time.

This is exactly what the engineers achieved, using a software called Sonobus, which sent the beat of the music – the start signal – to the locations. Sonobus ensured that the beat was transmitted synchronously to the different parts of the country and over the various access networks, such as 5G, 4G, fibre optics or copper.

This fired the starting pistol. The combined audio and video signals entered the race from different locations, arriving on the home strait (the studio) a little sooner or later, depending on the route. Image and sound were separated here, the engineers waited for the slowest runner, and the sound was perfectly synchronised once all the runners had arrived from every location. The image was then reinserted, with everything crossing the finish line together as a sound and image ‘team’.

Sound and image as a complete oeuvre

In addition to the sound, the image was also important. The image composition for the song ‘Denkmal’ was to also tell the story of Switzerland Connected, with iconic locations such as Chillon Castle, a rooftop terrace in Bern, the Teatro Sociale in Bellinzona, the Volkshaus or the Madrisa mountain station. Videos of amateur singers singing along at home, which had been sent in prior to the event, were also integrated.

The entire set was pre-planned and pre-programmed onto 90 buttons at Blue Studio production (formerly known as Teleclub) and then mixed by a virtuoso image director in real time – with complete lip-syncing.

Klaus Liechti, the project coordinator for network infrastructure, says: “The biggest technical challenge was not being able to practise the whole thing 1:1 beforehand. It was not until the day before that all the pieces of the puzzle finally slotted into place.” The day before was also the first time all the artists had come together to perform the new song ‘Denkmal’ in the four language variants – without being able to see one another’s faces. Neatly summing up the achievement, Audio Director David Sievers said: “I never doubted that it was possible. But I was never certain that it would actually work.

There were just too many things that could go wrong.” And they did. For example, heavy rain caused a power outage at the Bern site, the backup function of a router torpedoed latency compensation and the dress rehearsal sowed seeds of doubt.

It is worth mentioning that the experiment did not use any specially prioritised or direct connections, but instead used standard 5G, 4G, fibre-optic and copper connections as used by Swisscom’s customers. Klaus Liechti continues. “We did not make any changes to our mobile or fixed-telephone network for this experiment. Our network already offers these bandwidths and latencies today.”

Switzerland Connected was about more than just music, however. As Florian Maag, Project Initiator/Co-Project Manager, explains: “Every single element of the network infrastructure, the connections, sync software, live cameras, live production, song, artists, streaming, was available individually, but had never actually been combined in an experiment like this before. Everything had to come together and integrate for the experiment to succeed.” For Katia Reinhardt, Co-Communications Manager at Swisscom who took part at the Bern site, the experiment has demonstrated that, “we need to show what our infrastructures and services can offer society and people in these times, with a focus on experiences, emotions and humanity”.

Whilst technology played a large part in Switzerland Connected, it is more an example of what organisations can achieve if everyone works together towards a common goal. Jürgen Lochbrunner, Technology project manager, explains: “With the hive mind that exists within the company, there is incredible potential to achieve things that seem impossible for the individual.” Audio Director David Sievers sums up the experience: “It felt a bit like a rocket launch. Nobody knew if it would work in the end. But it did!”