As India is going through a phase where there is renewed emphasis being given on realizing the full potential of technology-led enablement, today there are a lot more entrepreneurs in India, than possibly ever in its history – and Internet is becoming a seamless fabric to intertwine innovations and disruptions together.

Lightspeed Venture Partners is one such company which is betting big on this rise of Entrepreneurial Spirit in India. Over the past two decades, Lightspeed has backed more than 200 companies, many of which have become leaders in their respective industries. 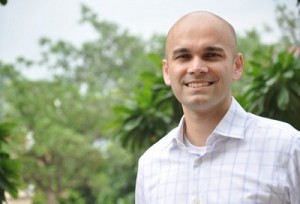 “India is a key market for us. We are currently investing out of Lightspeed IX, a $675 million fund focused on early and expansion stage investments in the consumer, enterprise technology and cleantech markets. Our team invests in the U.S. and internationally, with investment professionals and advisors in Silicon Valley, India, Israel, and China with Lightspeed China Partners,” explains, Dev Khare, Principal, Lightspeed Venture Partners.
India’s e-Commerce boom is primarily triggered by the large base of smartphone and internet users. Today, India has about 75 million smartphone users and about 200 million internet users.

“This is a sizable user base where technology can play a great enabling role and drive us to embrace digital economy. And also, there is this trend of entrepreneurs who are setting their foot on this whole segment of ‘offline to Internet to mobile’. Interestingly, we have seen how people from large e-commerce engines such as Amazon moved on to start their own ventures, Flipkart is one such example. And we now we are looking people from Flipkart etc moving on to start their own ventures. This whole space is really going to be very interesting today it is about $ 5 to $ 6 billion market and is moving upwards,” he adds on.

Pushing the next generation of entrepreneurs ahead, Lightspeed has invested in about 10 companies which are focused around three broad segments of e-Commerce, Mobile and financial services.

“Under e-Commerce, we have invested in LimeRoad.com , Fashionara.com and Craftsvilla.com, as part of our focus on Mobile – we have infested in Dhingana.com Phonewarrior.com and Oneassist.com we also have an investment in ‘Online to offline’ model, we have not disclosed the name of this company yet. And then we have investments in financial services segment in the form of Itzcash.com,” he explains.

Talking about the upcoming trends in the e-Commerce space, Khare believes that moving forward, e-Commerce experience is only going to get bigger and better.

“It is all about delivering the ease of use for customer and this is where e-Commerce is playing a critical role. I think we will see emergence of different business models around e-Commerce now. Additionally, there is a lot of scope for connecting offline and online activities – Hybrid Commerce,” he explains.

TiEcon as a Springboard for Innovation

When it comes to encouraging innovation, TiEcon plays an important role and organizations such as Lightspeed look forward to interacting with the budding entrepreneurs and measuring their innovative quotient.

“TiEcon, the largest conference on Entrepreneurship in India and we are looking forward to registering our presence at the event this year. Given the huge surge in entrepreneurial activity, especially in early stage startups, the positive mood in the country, the continued and relentless maturing of the entrepreneurial ecosystem, this year TieCon promises to be bigger than all previous years,” he added. 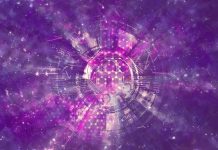 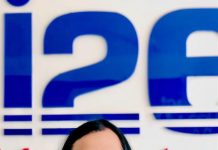