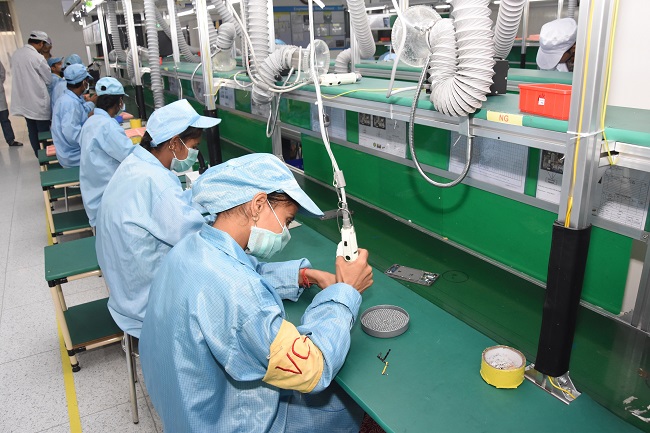 Karbonn Mobiles, an Indian Smartphone brand, has setup a state of the art mobile manufacturing plant in Bawal under the aegis of the state government of Haryana.

The plant which was set up within a short span of six months has 22 assembly lines and is expected to manufacture 30 million mobile units per year. With a focus to create lucrative employment opportunities for the local population, the manufacturing facility would be skilling 4000 employees to be a part of its workforce providing a source of livelihood to the youth of the neighbouring areas. 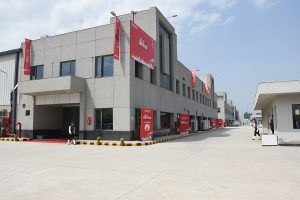 With an investment of Rs 2000 crores over the next year, Karbonn mobiles envision to become the largest mobile phone manufacturer in India. The ISO 9001 and 14001 certified facility is currently manufacturing 1.5 million units in a month slated to increase to 2.5 million by end of 2016.

Commenting on the occasion, Pradeep Jain, Managing Director, Karbonn Mobiles said, “The Haryana plant is our humble contribution towards the government’s nation building efforts for inclusive and sustainable economic growth. It is a moment of great pride for us to be associated in a small way towards making India an economic superpower to reckon with. With an aim to bring the benefits of Smartphone telephony to the masses, the manufacturing facility will help us in providing customized products for Indian market at a faster time”.

In addition, Karbonn is also setting up a new facility in Tirupati, which will have surface-mount technology (SMT) production and assembly lines, along with charger and battery units for the supplies. Along with mobile handsets, Karbonn will be venturing in accessories and battery manufacturing in September, 2016.