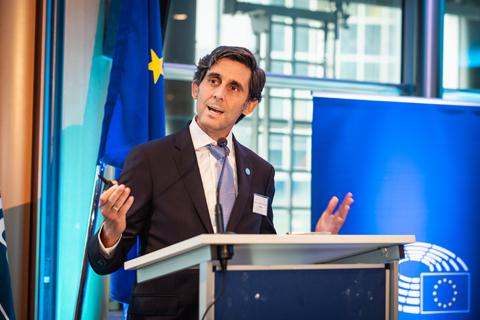 The Chairman & CEO of Telefónica, José María Álvarez-Pallete, presented last night to a group of members of the European Parliament the company’s views on Europe’s transition to a new digital economy.

This process is defined by the exponential growth of data, whose volume has grown 45 times between 2005 and 2014.

“Just as efforts are being made to mitigate the effects of climate change with investments in renewable energy, it is time to manage the transition to the new digital economy resulting from the explosion of data, something that is creating inequality and many collateral effects,” said Álvarez-Pallete. The digital revolution is changing all aspects of our lives, everything will be connected to the Internet in the short term. “The transition presents challenges that we must address. It is about data, it is about the digital economy, it is about fundamental rights. We have to prepare our networks for this traffic explosion,” he said.

During the meeting with MEPs, the Chairman & CEO of Telefónica reviewed some of the premises contained in Telefónica’s Manifesto for a New Digital Deal that are key to a successful transition to the new digital economy. Telefónica believes in inclusive and fair connectivity so that the whole of society participates in the benefits of this new economy. “Connectivity is the key, and we cannot leave anyone behind”, he said, stressing also the need to adapt policies to encourage investment and foster education, as well as a fair competition framework that adapts to the new digital economy. He spoke about the need to create a framework of trust where users feel that they have control over their data, that it is used transparently and that it is kept secure.

Álvarez-Pallete took the opportunity to defend the importance of the telco sector in the European economy, of which it represents approximately 5% of GDP, as well as the important role that operators will play in this transition. “Europe has a unique opportunity to move successfully towards the new digital economy thanks to its strong industrial base and long history of defending values. We are not late,” he said.

Previous articleTIM, CHILI Partner to Offer Additional Content for TIMVISION
Next articleKDDI set to launch 5G with Nokia’s AirScale in 2020 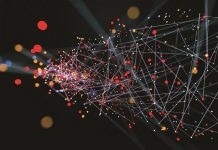