iWeb Inc, OTC Markets QB, IWBB, announced the Completion of the acquisition for $3.7 Billion dollars in an all stock deal for purchase of Tingo Mobile Plc, An Africa Focused Fintech with Nine Million Subscribers.

The company further announced that it has filed to change its name to Tingo Inc, and applied to Finra to process its name change and allocate a new trading symbol to reflect its new business focus of the previously announced $3.7 Billion Tingo Mobile Plc acquisition and has made several new board appointments as well appointing new executives with Dozy Mmoubosi appointed as CEO, Dakshesh Patel as CFO and Chris Cleverly as President of the company with immediate effect.

Iweb Inc. announced that it completed the acquisition of 100% of Tingo Mobile, PLC, a Nigerian limited company and has filed to change its name to Tingo Inc, has applied to Finra to process its name change and allocate a new trading symbol to reflect its new business focus of Tingo Mobile Plc. 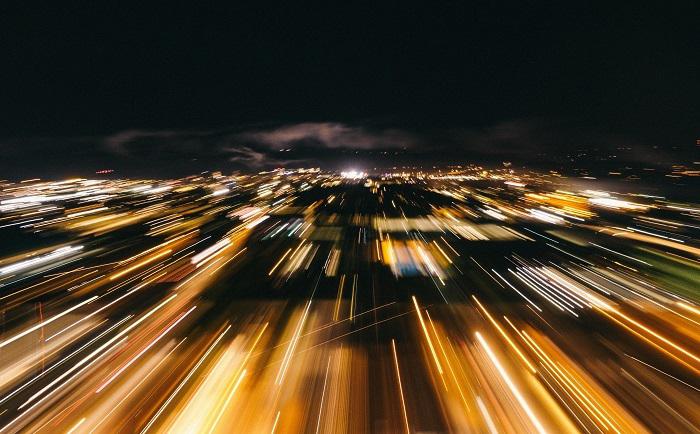 The company completed the Tingo Mobile Purchase from Tingo International Holdings, Inc. in an all stock deal for a consideration of 928 million Class A Common shares, and 65 million Class B common Shares valuing Tingo Mobile at $3.7 Billion USD, one of the most valuable Fintech companies to ever emerge from Africa.

The company also announced the appointment of a new CEO, CFO, and President, Dozy Mmoubosi age 43, has been appointed as CEO of the public company replacing Anthony Moore who stepped down as CEO but who will remain in his role as Chairman.

Dozy Mmobuosi, Co-founded Tingo Mobile PLC (Nigeria) in the year 2001 and is the Group Chief Executive Officer. Mmobuosi has vast global experience in South- East Asia, China, United Arab Emirates, Bulgaria, USA and the UK. An adviser to corporate clients, steering the strategy and design of business plans (investments, acquisition, and organic growth) into new global markets –across three continents he has directed significant operating growth of Tingo with over $600 million in annual revenue.

In 2001 Mmobuosi founded Fair Deal Concepts Limited, now Tingo Mobile Plc (Nigeria). In 2002 he led the design and launch of Nigeria’s first SMS Banking Solution which a large bank still use today. From 2013 Mmobuosi Led a team of 123 Chinese and Nigerian engineers to setup 2 mobile phone assembly facilities in Nigeria (Lakowe and Lugbe). These facilities have produced over 20 million mobile devices which have been distributed across Nigeria.

Mmobuosi is currently co-sponsoring a special purpose acquisition company, or SPAC (Africa Acquisition Corp, Inc), targeted at acquiring a natural resources company in Africa. Mmobuosi received a BSc in Political Science in 2001 and an MSc Economics in 2003 from Ambrose Alli University Ekpoma, Edo State (Nigeria). In 2007, he received a PhD in Rural Advancement from UPM Malaysia. The Board believes Mr. Mmobuosi’s experience, knowledge and leadership will benefit the Company and make him a valuable member of the Board.

Dakshesh Patel age 60, has been appointed as CFO of Tingo Inc., he is currently Group Chief Financial Officer of Tingo International Holdings, Inc. and has extensive experience in banking. Patel was formerly Chief Financial Officer of NatWest’s Global Debt and Investment Banking division with 110 staff under his stewardship and structured and led the first CDO in Europe for the NatWest Corporate Debt book with two placements with a total value $10 billion.

Following acquisition of Greenwich Capital in 1996, Patel assumed responsibility for all aspects of the finance function for both the capital markets and structured finance activities. Patel at NatWest was also the Finance Director of the Global Structured Finance & Investment Banking (NatWest Markets) responsible for global team of 50 people and also served as Financial Controller, Banking & Specialised Finance (NatWest).

From 1991-1994 Patel was manager, leasing and tax (NatWest) where he set up new leasing unit in conjunction with business head. Mr. Patel also Co-founded Longbridge Capital, a finance consultancy operating in Europe, Africa and Asia, e-Logistics, a transport management business, and Yespay, a payment gateway acquired by Worldpay.

Patel additionally, has worked with NBW Partners UK where he was advising a leading global shipping group in the management of their treasury operations and as Managing Director Gerken Capital Associates, a San Francisco based alternative asset fund manager with core focus on venture capital and private equity investment products.

Patel was also Co-Founder and Board Member of eLogistics UK where he raised $10m in VC financing to develop the initial business concept and led an MBO of the business. Patel has also worked at Deloitte Haskins & Sells, London, Abu Dhabi, and Southern Africa where he was lead manager responsible for major listed corporations in Southern Africa and the Abu Dhabi Investment Authority. Patel earned a Bachelor of Arts degree in Accounting and Finance from Ealing College, London and also has a Certification with the Institute of Chartered Accountants in Zimbabwe. The Board believes  Patel experience and knowledge will benefit the Company and make him a valuable member of the Board.

Dr. Chris Cleverly, has been appointed as President of Tingo Inc., Dr. Cleverly, age 54, after completing a law degree at Kings College London LLB, was called to the Bar in 1990, following which he established Trafalgar Chambers on Fleet Street, becoming “the youngest head of barristers’ chambers in the last century” according to the Sunday Times. During this period Mr Cleverly was a regular presenter on Channel 4 and contributor to the other main channels, radio and newspapers. Since then he has been board member of a number of companies in UK, India, China and Africa both listed on regulated exchanges and private in a number of sectors. As CEO of Made In Africa Foundation, Dr. Cleverly was co-architect and founder of the $1.5 billion Africa50 fund with the African Development Bank which has been lead investor in a number of large scale renewable energy projects. He is also very experienced in the cryptocurrency space as CEO of blockchain payments gateway KamPay.io, advising blockchain protocol Cardano and as contributing writer to CoinTelegraph. Dr. Cleverly has advised a number of UK PLC’s on their entrance into African markets, including negotiation of oil blocks, mineral concessions and banking licences.

He also advises the UK Government on development issues and African governments on investment issues. He was awarded an Honorary Doctorate from Reading University in 2014 and has recently completed a course in Circular Economy and Sustainability Strategies at the University of Cambridge Judge Business School. His portrait is held by the National Portrait Gallery in London. The Board believes Cleverly’s experience and knowledge will benefit the Company and make him a valuable member of the Board.

Tingo is a device and a service technology company focused on creating digitally inclusive ecosystems in the AgriTech and FinTech sectors in Africa. TINGO posted total revenue figure of $616 million dollars in 2020 and an EBITDA of $220 million dollars (figures based on NGN/USD exchange rate of 360), TINGO is confident that these figures will be exceeded by its expansion across Africa and natural progression of the TINGO business in Nigeria.

Tingo Mobile is Nigeria’s leading technology and Device as a Service platform aimed at accelerating digital commerce, especially in Agri-Tech & Fin-Tech verticals in Nigeria. Tingo helps farmers acquire mobile phones through a unique mobile phone leasing scheme, connecting them to mobile and data networks through its virtual mobile network and connecting farmers to markets, services, and resources via Nwassa, its digital AgriTech marketplace platform. That commenced operations April 2021, Tingo also launched a beta version of Tingo Pay – a B2C FinTech app aimed at providing financial services including mobile wallets, payment processing and access to specialist lenders and insurers to users inside and outside of the agriculture value chain, and will soon be adding Crypto currency options such as Bitcoin, Etherium, Cardano, and KamPay than will be traded via Coinfield.

Tingo Mobile has over 9 million subscribers and have supplied almost 30 million mobile devices since 2014.