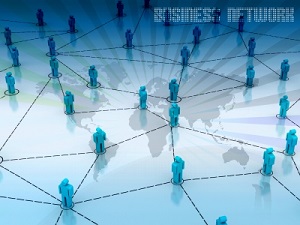 EMC has announced results of the seventh EMC Digital Universe study, the only study to quantify and forecast the amount of digital data produced annually.

This year’s study titled “The Digital Universe of Opportunities: Rich Data and the Increasing Value of the Internet of Things,” with research and analysis by IDC, reveals that strong adoption of wireless technologies, coupled with the growth in Internet consumption, migration to digital TV and increasing “sensors” based machine to machine communication are playing a central role in catapulting the volume of India’s data.

Due, in part, to this Internet of Things, the digital universe is India is nearly doubling in size every two years and will multiply 9-fold between 2013 and 2020 – from 326 exabytes to 2.8 zetabytes.

The Internet of Things comprises increasing number of everyday objects that are equipped with unique identifiers and the ability to automatically record, report and receive data – a sensor in your shoe tracking how fast you run or surveillance cameras tracking traffic patterns. The data from these connected devices represents 4% of the total data in India today. IDC now forecasts, that by 2020, it will represent almost 10% of the country’s data.

The Internet of Things will also influence the massive amounts of “useful data” – data that could be analyzed – in the digital universe. The study estimates that business don’t need to wade through the vast amounts of data but instead can extract tremendous value by focusing on high-value, “target rich” data that accounts for 1.7% of the current Digital Universe.

Speaking on the occasion, Rajesh Janey, President, EMC India and SAARC said, “Data is the prime source knowledge an enterprise thrives on, with the enormous amount of data being created by enterprises, we at EMC are uniquely positioned with our federation model to seamlessly span the continuum of enterprise needs from data storage to information management to knowledge sharing while offering protection at every step with our best-of-breed, integrated, technology.”

Speaking about the study, Jaideep Mehta, Vice President and Country General Manager, IDC India, ‘Internet of Things’ as well as falling costs and increased usage of technological devices will create numerous possibilities for Indian businesses to realize new sources of value in this digital universe.”

“Amidst this expanding digital universe, enterprises should look  at innovative automation  and data governance to be able to extract  value and  gain greater competitive advantage by leveraging the highest  value data.  Take for example, an oil and gas player which is extensively using sensor technology coupled with mobile devices to track the operational efficiency of its mission-critical oil pipeline; or the increasing degree of automation in bank ATM networks, which enables device monitoring, crime prevention and even remote customer service. The possibilities are endless and it’s for organizations to creatively harness the potential and drive transformational business outcomes from IoT.” 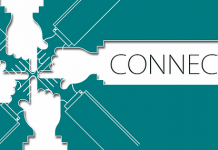 How BT is solving mobile connectivity challenge for rural Britain