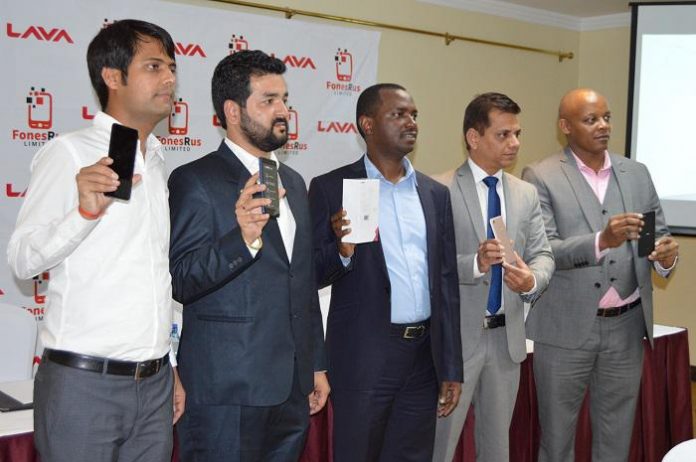 Lava International Limited announced its entry into Ghana, Nigeria & Kenya as a part of its International expansion plan. Lava’s launch event at Ghana on 24th January and Nigeria on 28th January saw the unveiling of Lava’s Z series and Iris series smartphones and Champion Series feature phones in these markets.

While Lava’s Z series has a brilliantly engineered 4G portfolio, the Iris series’ smartphones are for value seeking customers. Lava’s feature phone portfolio boast of affordability and aesthetic designs targeting mass consumers. The Media event at Kenya is scheduled for 5th February 2019. The company also plans to make new additions to both Z series and Iris series in the next quarter of 2019.

Lava started operations in Africa with its entry into Egypt in 2017 and became the fastest brand to gain more than 15% market share in the sub $100 segment within a year of launch. In the second quarter of 2019, Lava plans to expand its operations to 6 more African countries- Uganda, Tanzania, Ivory Coast, Ethiopia, Senegal and South Africa.

Along with setting up sales and service infrastructure in Africa Continent, Lava is also preparing to initiate its manufacturing capabilities in Egypt and Ethiopia, aiming to capture 20% market share by 2020.

Lava has also received an Invitation from the Government of Uzbekistan for collaboration to establish their manufacturing unit in the country. Uzbekistan is a booming market with a population of 35 million which can be a standpoint for business opportunities in neighboring markets including Russia.

Things that make Lava a strong player in the International market

When compared to China, our productivity is 30% higher than factories operating in China, while the cost is one-third to even one-fourth, and failure rate improved by 50%.

We are consistently increasing our vendor and supply chain base from India thus bringing efficiencies & advantage of Indian cost. Today about 25% parts of our low end phones are procured within India.

Lava has complete end-to-end control on product value chain with in-house capabilities of Product Design, Supply Chain & Manufacturing, making it the only Indian player to invest in such capabilities.

· Lava is the only Indian company to have its first SMT (Surface Mount Technology) plant dedicated towards local manufacturing of PCBA (Printed Circuit Board Assembly) units. PCBAs are a critical part of a smartphone and constitute as much as 50 per cent of a smartphone.

· Having a SMT plant is aimed at contributing further towards Government of India’s ‘Make in India’ initiative; by having a substantial part of Lava phones being made in India.