Indian Operator BSNL has selected QuadGen as an exclusive WiFi Network deployment partner in 9 states in the South and West Zones in India.

QuadGen Networks Pvt. Ltd, a next generation Wireless Solutions company based out of Bangalore, India, has raised an undisclosed amount, as part of its Series A round of financing.

IndusAge Partners, an early stage global Venture Capital firm based in of Silicon Valley and India, led this round of financing. Trinity Mobility, a Bangalore based Wireless Services Company also participated in this financing.

Working closely with BSNL, QuadGen plans to bring cutting edge wireless technologies such as 5G Wi-Fi to both rural and urban environments with unparalleled speed, cost and reliability advantages. BSNL and QuadGen have entered into an economic arrangement to maximize the utilization of BSNL’s extensive fiber based back haul infrastructure. 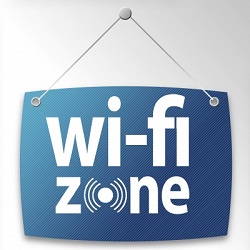 Commenting on IndusAge’s investment, C.S Rao, Chairman and Co-Founder of QuadGen said, “Broadband Connectivity is a critical ingredient for the realization of the Digital India Vision. QuadGen is committed to expanding its network and enabling high speed connectivity through its carrier grade WiFi offering to Government Offices, Courts, Educational institutions, Banks, Rural and Public spaces and thus pave the way for next generation Digital infrastructure. We are excited to bring industry leaders to support us in this ambitious endeavor”

Remarking on this announcement, Sriram Viswanathan, Founder and Managing Partner of IndusAge Partners said, “Ubiquitious mobile broadband access is essential to boost India’s digital economy aspirations.Quadgen alongwith its industry partners bring a world class capability to achieve this In conjunction with this investment, eminent scientist and prestigious Marconi Prize & Graham Bell Awardwinner, Emeritus Professor of Stanford University, Prof. Arogyaswami Paulraj will join the company’s board as an Independent Director.“It is a great honor to have an eminent and highly respected global visionary such as Prof. Paulraj associated with us. We are delighted to have his guidance as we build QuadGen into a leader in wireless technology solutions and services”, said Mallik Vagvala, CEO of QuadGen USA.