Southwest Indiana’s first responders are getting a major boost in their wireless communications with the addition of new, purpose-built FirstNet cell sites and other public safety-specific network enhancements across the area.

This new infrastructure is a part of the FirstNet network expansion taking place across the state, bringing increased coverage, capacity and capabilities for public safety.

“Congress created the FirstNet Authority back in 2012, and authorized it to build, operate and maintain FirstNet, a single, nationwide broadband network in response to the communication failures that occurred during the 9/11 terrorist attacks,” said U.S. Rep. Larry Bucshon. “Today, this network is working as Congress intended and public safety requires. It supports first responders – such as paramedics, law enforcement and fire – as well as the extended public safety community – think health care workers and others – who support daily operations, emergencies and disasters, including pandemics and public health emergencies.”

“With FirstNet, our officers can respond more efficiently and effectively,” said City of Evansville/Vanderburgh County Emergency Management Agency Director Cliff Weaver. “From crisis situations like natural disasters, to supporting citizen safety during large events, we are now able to better serve our community.”

FirstNet is the only nationwide, high-speed broadband communications platform dedicated to and purpose-built for America’s first responders and the extended public safety community. It’s built with AT&T in a public-private partnership with the First Responder Network Authority (FirstNet Authority) – an independent agency within the federal government.

That’s why AT&T has a responsibility unlike any other network provider. And unlike commercial networks, FirstNet provides real, dedicated mobile broadband when needed with always-on priority and preemption for first responders. This helps ensure Southwest Indiana’s first responders connect to the critical information they need – every day and in every emergency. Plus, it’s giving first responders unthrottled access to the nation’s fastest overall network experience.

Building upon AT&T’s current and planned investments in Indiana, we’re actively extending the reach of FirstNet to give agencies large and small the reliable, unthrottled connectivity and modern communications tools they need.

Unparalleled emergency support – Indiana agencies on FirstNet also have 24/7 access to a nationwide fleet of 76 land-based and airborne deployable network assets. These portable cell sites can either be deployed for planned events or in emergencies at no additional charge. FirstNet Response Operations – led by a group of former first responders – guides the deployment of the FirstNet deployable assets based on the needs of public safety.

“Indiana’s first responders deserve reliable coverage across the state to help them effectively and efficiently address incidents. And with FirstNet, that’s exactly what they’re getting,” said Bill Soards, President, AT&T Indiana. “We couldn’t be more pleased to support the public safety mission and bring the state’s first responders – and residents – greater access to the connectivity they need. Working with public safety we’ve made FirstNet nimble, adaptable and ready to scale for even the most severe situations as we’re seeing currently with COVID-19.”

The COVID-19 health crisis illustrates precisely why public safety fought for the creation of FirstNet. Where public safety goes, we go. We’ve answered the call for hurricanes, wildfires, floods and other natural disasters – such as when a tornado touched down near Newburgh in March. But with COVID-19, it is like experiencing a perpetual emergency in every community across the country. Public safety’s network is being tested in a completely new way, and it’s hitting the mark.

“FirstNet is a dedicated broadband platform for public safety, by public safety,” said FirstNet Authority CEO Edward Parkinson. “We worked hand-in-hand with Indiana’s public safety community to understand their needs for the network. And these network enhancements are a prime example of how that input and feedback is becoming reality. We look forward to supporting Indiana first responders’ use of FirstNet to help them save lives and protect communities.”

On top of the 3 purpose-built FirstNet sites, AT&T has launched 14 other new cell sites, located in Posey, Spencer, Vanderburgh and Warrick counties. All 17 newly built sites will help improve the overall coverage experience for residents, visitors, businesses and first responders in the area. 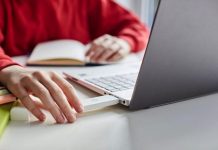