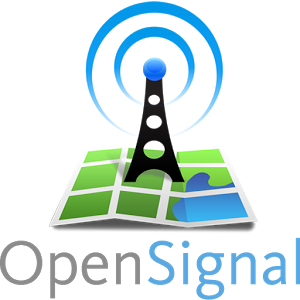 As India adapts to the new normal that includes social distancing, quarantines, and lockdown due to the COVID-19 pandemic, access to the internet has become critical.

With users now spending more time connected to the internet for a wide range of day-to-day activities — including working from home, virtual classes, and entertainment — it has become crucial for mobile network operators to provide users with quality services.

The lockdown has also led to a mass migration of India’s interstate migrant workers from cities to their hometowns in suburban or rural areas, which means users may be spending more time in parts of the country where operators originally may have not designed network infrastructure to manage large traffic loads. 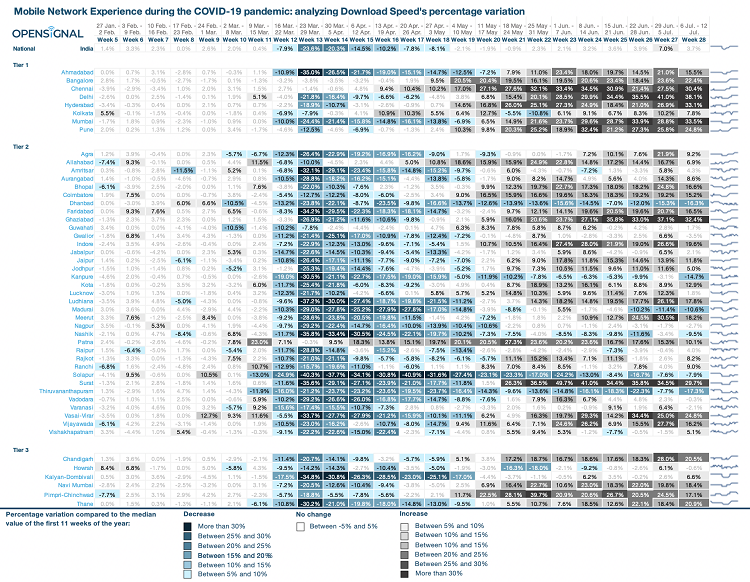 Opensignal analyzed the Download Speed Experience seen by Indian smartphone users in the last five months to understand how their mobile network experience changed during COVID-19 compared to that observed before the lockdown.

It found that Indian users experienced a negative impact on download speeds during the initial phases of lockdown, and this trend was more pronounced in Tier 2 cities compared to Tier 1 cities. However, more recently — when lockdown measures were partially or completely relaxed — Download Speed Experience improved significantly, especially for users in Tier 1 cities.

Tier 2 cities were the most affected during the lockdown
While our users in most of the cities experienced similar download speeds during the first seven weeks in our analysis, they observed a significant change in the third week of March (starting March 16) — when the government introduced the Janta Curfew (a one-day lockdown).

In the following three weeks when a strict countrywide lockdown was imposed, we recorded a sharp decline in overall download speeds, suggesting congestion on mobile networks. Users saw their Download Speed Experience decline by 16%, while their counterparts in Tier 3 and Tier 2 cities saw greater declines of 23% and 25% respectively, on average. This trend continued until the end of Phase 1 of lockdown — the second week of April (ending 12 April) — as more and more users stayed at home, and likely consumed more data on mobile networks.

Users in Tier 2 cities saw some of the major declines in Phase 1, especially in cities such as Solapur, Ludhiana, Nashik, Surat and Ahmedabad, where average download speeds dropped by 35% or more compared to pre-lockdown levels.

Overall download speeds showed slightly different patterns in Tier 1 cities. Bangalore and Chennai did not see any significant decrease in download speeds, while users in Pune saw a decline of 6.9%-12.5% which was limited to Phase 1 of lockdown. Also, in the remaining Tier 1 cities the speeds started returning to normal in the second phase (April 15-May 13).

Towards the end of the fourth phase of lockdown (May 18-31), the overall download speeds for our users in a majority of cities had returned to normal, showing no significant difference from pre-lockdown levels. At the same time, users in some of the cities started to see significantly faster download speeds, and we saw this trend expanding to more cities during the period when lockdown was relaxed from July 1 onwards. This pattern appeared earlier in Tier 1 cities, where there was a more pronounced improvement in download speeds

In the last week of our analysis (week ending July 12) OpenSignal users in Delhi saw the greatest improvement of 38.1% in download speed, followed by users in Mumbai (33.5%), Hyderabad (33.1%), Gaziabad (32.4%) and Chennai (30.4%). That said, Dhanbad, Kanpur, Solapur and Thiruvananthapuram were the exceptions where OpenSignal users continued to see significantly lower download speeds throughout the period when lockdown loosened.