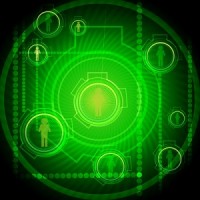 New data released by Syniverse shows that inter-regional 4G LTE roaming traffic from India has grown by a staggering 3,300% year-over-year. This growth was measured by analyzing global roaming traffic traversing the Syniverse platform.

“Syniverse is proud to have played a pivotal role in driving this quadruple-digit growth in outbound 4G roaming, which demonstrates significant progress toward achieving technological advancement goals in the region while delivering the customer experiences that India’s mobile users demand,” said Himanshu Goel, Vice President and Managing Director, India, Middle East and Africa, Syniverse. “Helping to drive this growth, the number of 4G LTE devices shipped into India grew 80% in 2017, according to CyberMedia Research. As a result, India is poised for explosive communications growth, as demonstrated by these impressive numbers and reinforced through the Digital India initiative as well as the government’s recently launched draft of the National Digital Communications Policy 2018.”

India’s explosive growth in 4G roaming is supported by Syniverse’s platform, including clearing and settlement, and the IPX network that is the global, secure backbone powering the world’s ability to experience LTE by interconnecting 1,000 service providers and 7 billion devices worldwide. This global footprint is critical not only to enabling further 4G proliferation, but also to providing the connectivity foundation necessary for enabling 5G.

“The Syniverse platform that supports LTE growth in India is a critical foundation for ushering in the country’s digital transformation in preparation for next-generation technologies like 5G, Voice over LTE, rich mobile messaging, smart cities, and the internet of things,” Goel said. “Many of these services will need the security, interconnection, roaming, and interoperability that only an IPX network provides as people and things move around India and the rest of the world. At Syniverse, we look forward to strengthening our presence in India and to supporting initiatives like those in the Digital India program.”

In addition to demonstrating that 4G is growing quickly in India, the Syniverse study also illustrated that more than 70% of the country’s outbound roaming traffic is still traversing legacy network technologies like 3G or even 2G, underscoring that there is still more work to be done.

Specifically, the draft National Digital Communications Policy 2018 aims to accelerate the country’s digital transformation by ensuring that access to high-speed connectivity is universally available. To achieve this goal, the country’s service providers must continue to focus on increasing the global LTE roaming supported by underlying technologies. These include Syniverse’s IPX network, which also will be foundational to enabling interoperability with new technologies like 5G that will connect billions more devices and “things.”