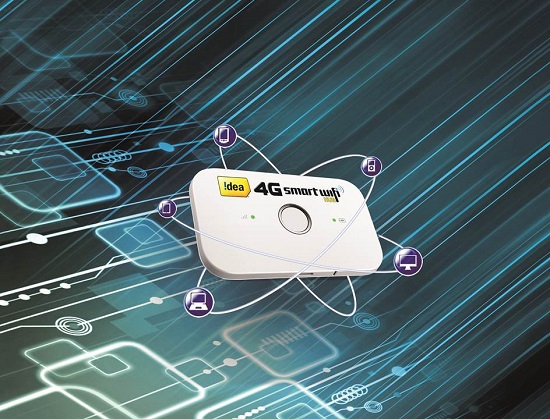 Offering the next generation data driven 4G services for its customers, Idea Cellular, one of the largest Indian telecom operators, has launched its 4G LTE services across all five states of South India – Andhra Pradesh, Karnataka, Kerala, Tamil Nadu and Telangana.

In the first phase, Idea’s high speed 4G Network will be available across 75 Towns in Southern India.

Idea Cellular currently holds 1800 MHz 4G spectrum in these 10 Telecom circles which cover 50% of telecom market but over 60% of Idea’s gross revenue. Additionally, Idea has recently signed an agreement with Videocon Telecommunications Limited for acquiring ‘Right to Use’ 1800 MHz spectrum under ‘Spectrum Trading Agreement’ in two of its key telecom leadership markets of Gujarat and Uttar Pradesh (West). Post completion of this transaction, 4G services will be extended to 12 service areas, covering 75% of Idea’s revenue base in the country.

Idea has received over a million 4G services requests from existing customers on its Pre-book offer.

1. 4G offerings for the consumers: Inviting all existing and new consumers to experience its high speed 4G LTE services, Idea has announced the following offers –

a) Complimentary 4G SIM card upgrade: All customers can avail a complimentary 4G SIM upgrade from Company Showrooms and leading retail outlets across 750 towns. Existing customers in key non-4G towns will also be able to enjoy Idea’s 4G services while roaming in these 4G towns by upgrading to 4G SIM cards from 15th February 2016.

c) Special promotional offer for consumers upgrading to new 4G smartphones: Prepaid or Postpaid customers buying new 4G smartphones before 31st March 2016 are being offered special Double Data benefit on all 1 GB and above packs. The 100% extra 4G promotional data can only be utilized on Idea’s latest 4G LTE network.

2. Digital Content for 4G consumers: Idea, marking its first foray in the digital space, is launching an exciting assortment of Digital content in partnership with India’s leading content aggregators.

a) Music: Idea has tied-up with Hungama Digital to offer a rich collection of Music content for all its consumers at a monthly subscription price of Rs. 99. Under a special offer, new 4G subscribers can subscribe to this content at just Rs. 29 per month till 31st March 2016.

b) Movies and Videos: Idea is offering a wide library of Movies and short format Videos in partnership with EROS – a leading multi-lingual film content aggregator and Movie production house – at a monthly subscription price of Rs. 49 for all its consumers. For new 4G customers, a special offer for subscription at just Rs. 29 per month till 31st March 2016 is available.

c) Games: Idea will be launching ‘Idea Games Club’ powered by Opera for all its consumers from 1st February 2016, at a monthly subscription price of Rs. 150. New 4G subscribers will be able to subscribe to this content at Rs. 29 per month till 31st March 2016 under a special offer.

b) Partnerships with leading handset companies: Idea has partnered with market leader Samsung for special offers on its 4G Smartphones. The two organizations will launch a variety of programmes to offer differentiated and significant value to customers.

With increased adoption of 4G smartphones in recent months, Idea has also tied up with popular smartphone manufacturers including Intex Technologies, Lava, Lenovo and Xolo to offer bundled 4G data plans on smartphones.

Idea has rolled out its FDD platform enabled 4G LTE services on the 1800 MHz frequency band, which is the most preferred spectrum band for deployment of 4G services globally, and is supported by the majority of 4G handsets available in the market.

While the company possesses the capability to introduce VoLTE feature, existing customers’ current 4G devices do not support this feature. Accordingly, the deployment of VoLTE will be evaluated at a later stage.

Idea is deploying state-of-the-art, ‘Single RAN’ equipment which supports multiple technologies in a given frequency band. For every 4G site on 1800 MHz, this equipment also provides additional 2G voice capacity on GSM spectrum.