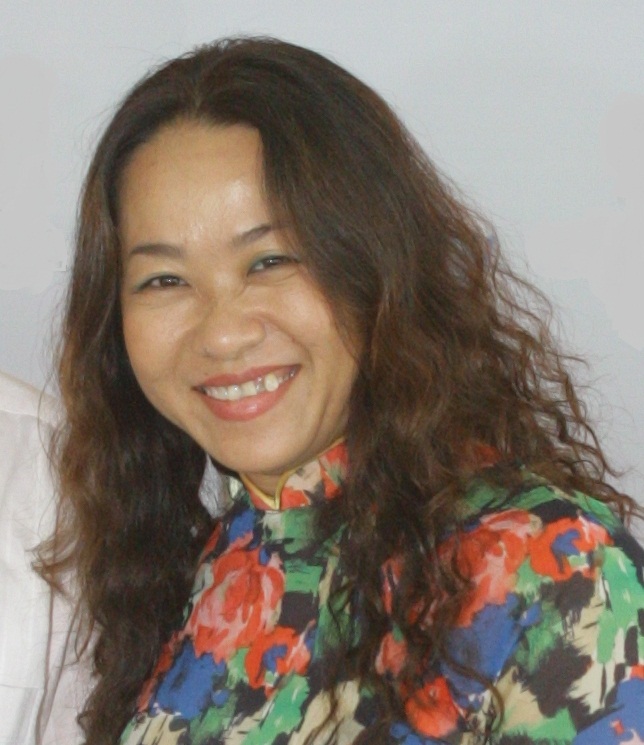 At a time when Vietnam economy is poised to create greater opportunities – ICT Comm Expo happening between 20th to 22nd July, 2016 is ideally poised to drive ICT led innovation for Vietnamese businesses and deliver a unique global platform for the region.

Ha Thi Phuong Lam – Managing Director of ADPEX, on behalf of Organizing Committee of ICT Comm Expo speaks with Zia Askari from TelecomDrive.com about the key focus areas for this event and how it is going to make a big difference to the ICT adoption in Vietnam.

What are the key objectives for organizing ICT Comm Vietnam 2016?

ICT Comm Expo expects to provide more and better chances for the Vietnamese enterprises to improve their business by direct meeting with overseas companies for importing telecommunication, IT as well as other communication network equipment and terminal devices, technologies, seeking for foreign investment in the production and technology.

ICT Comm Expo is an ideal platform for overseas companies to enter a huge Southeast Asia developing market with great demand of IT and communication.

What are some of the big advantages that this event will bring to the economy of the country?

To meet the continued market growth as the fastest developing country in ICT industry, to enhance their competitiveness by adopting new technologies and by enhancing their human resource capabilities as Vietnamese manufacturers are still relatively new and may not be able to offer the same range of solutions and services as foreign suppliers.

They are seeking considerable technology transfer and know-how via foreign involvement in the telecommunications sector, while opening up the market at a gradual pace in line with Vietnam’s WTO commitments

ICT Comm Expo will create a global platform and an ideal atmosphere where the above mentioned objectives can be achieved.

How many companies are expected to participate in this event?

More than 100 companies are likely to participate during this year’s event.

What are some of the key verticals where IT and communications are gaining ground in Vietnam today?

Below is an analysis of the major best-prospect sub-sectors of the telecommunications sector in Vietnam. Fixed Telephone Networks: As of December 2013, Vietnam has approximately 17 million fixed telephone lines.

Telephone access is currently available to all communities nationwide. State-owned VNPT was the major landline telephone carrier in this market with market share of nearly 70 percent in 2013.

A VNPT senior representative recently announced that Vietnam is listed in the top 10 countries in the world that have the highest number of cell phone subscribers, ranked 7th, even above Japan and Germany.

At present, Viettel, Mobifone, Vinaphone and VietnamMobile provide 3G (third generation) wireless technology service. According to industry estimates, Vietnam had approximately 5.17 million 3G subscribers in 2013. In terms of 4G technology, after one-year of pilot tests of 4G LTE (long term evolution) by five service providers namely VNPT, Viettel, FPT Telecom, CMC and VTC, MIC announced that 3.5G and 4G would only be considered for licensing after 2015 and 2018 respectively.

Internet: The Internet market has also developed rapidly in recent years. Internet usage has increased in popularity as evidenced by the entry of many Internet service providers (ISPs) into the market. By the end of 2013, the number of Internet subscribers in Vietnam stood at 31 million, with 34 percent of the population using the Internet regularly.

Presently, the country’s total international and domestic connection bandwidth are 390,720 Mbps and 500,910 Mbps, respectively. However, Internet density is not equally spread throughout the country and is concentrated in the urban centers, especially Hanoi and HCMC.

This satellite was designed and manufactured by Lockheed Martin. Vinasat is a geostationary satellite, employing eight extended C-band channels and 12 Ku-band channels to provide broadcast and telecommunications service (video, data, voice) to countries in the Asia-Pacific region such as Vietnam, Laos, Cambodia, India, Australia, Japan, Korea, part of China, and other East Asia countries

How are you as an organization looking towards increasing ICT driven productivity in Vietnam?

We look forwards to overwhelming development of ICT industry with higher capacity of production of local companies by adopting new technologies and equipment from the world, the more foreign investment to the local industry, more cooperation for better business of each every company in Vietnam.

As the hi-tech industry continues to develop in Vietnam, prices will continue to go down, investment capital will increase and the business environment will become more competitive. As local telecommunications companies go through the equitization process, foreign telecommunications companies can approach this emerging market in a step-by-step fashion by taking up equity shares of local companies.