With the smartphone war in India heating up, the latest speculation is that Honor – the smartphone brand from Huawei will be launching the Honor 6 Plus in India by 24th March.

The smartphone was on display at MWC 2015. The phone is likely to give a tough competition to the existing players in the premium smartphone market.

Speculated to launch on March 24th 2015, Honor 6 plus is slated to be India’s first smartphone which features bionic parallel dual lens. Honor 6 Plus is a power packed phone when it comes to its camera as it is laden with many innovative features. These features are bound to give its users a SLR like feel to the pictures. The Honor 6 plus smartphone has a premium look and the battery power is touted to be the best in the segment.

Internationally, Honor has rapidly expanded its footprint and has launched smartphones across various markets. The slogan for Honor is “for the brave”; for the ones who dare to dream and follow their passion to achieve something. The brand targets the youth, the digital natives and people who seek the best in class technology.

Huawei has a distribution alignment with India’s online megastore Flipkart.com for selling its Honor smartphones and the same is likely to be continued for this new launch as well. 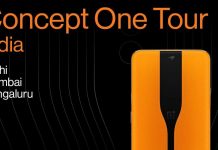