It is not an accountant’s disclosure of statements. It is not a document pandering to political correctness or populism. India’s 2015 Railway budget is a welcome departure from the past. This Budget, along with the whitepaper released earlier, and the Vision-2030 that is expected to come end of the year, lays out a pragmatic prism to view into the evolution of the soon to be economic engine of the world. 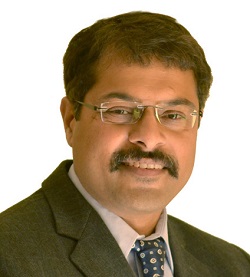 There are a few themes running through the Railway Budget that India’s Railway Minister, Suresh Prabhu, presented in the Parliament. These are, of course, well in line with Prime Minister Narendra Modi’s mantra of “less government/more governance”, “Make in India” and “Swachh Bharat” (clean out corruption, clean out environment, be clean in general). Information Technology is a leapfrog that the young India has already made. Indian Railways, on the other hand, in the minister’s own word is suffering, “poor morale, reduced efficiency, sub-optimal freight, as well as passenger traffic, and constrained financial resources”. The new Railway Minister has weaved together a plan that hopes to fix these, but centrally relies on technology as the elixir.

The Railways needs a rock solid IT and communication network that engages employees and partners in fruitful relationship with the travelers and freight customers. Railways is the lifeline of the country, and the Railway Minister has laid out a path to continue it being the lifeline for the next generation. Wi-Fi at stations, safety, cleanliness, security and privacy for everyone (especially women), quality of service to customers through helplines and 5-minute ticket purchase experience – all of these require applying smart technologies in an ever improving manner for decades to come, built and delivered by people who know the Indian mindset best, and who have the “Make in India” passion.

It is important that the right combination of technologies is used as a foundation of the new Railways for this tech savvy nation but having the vast divide of urban and rural population. IT is one area where Mr. Modi is bequeathed with a Made in India advantage – only, it is exported more often than it is used internally!

The new Railway technology solution should not only be proven and deployed successfully elsewhere in the world, but also have the elements of programmability, automation and simplicity for operation to be able to adapt to nuances unique to Indian Railway’s diverse population of administration, public-private stake holders, and customers. This framework of programmability and automation must be extended all the way from the engagement applications used for customer contact as well as internal communications between the staff and other stakeholders involved with the building and operation of this new-generation Railway infrastructure.

These engagement applications must be tightly coupled with the underlying WiFi and IT network infrastructure leveraging the best and most practical software defined network architecture (SDN) that connects the applications with the underlying infrastructure. The engagement applications must have the development and extension framework to adapt to the needs of Indian customers – e.g. build a missed-call & SMS based customer contact center instead of toll-free contact centers that may be successful elsewhere.

A complex environment such as Railways that services tens of millions of customers in real time, must have pervasive video-based smart security (yet maintaining privacy), meet new goals of upto 200 KmpH high-speed train service which is reliable and safe from accidents as well as keep the travelers happy with entertainment. Can that beast really be flexible yet dependable and cost efficient? You bet! The answer is an SDN fabric based network that works across the entire enterprise from business applications such as unified communication and contact center applications to the network infrastructure. It must traverse all the way from the data center where the applications are hosted to the entire network including the edge where end users and partners connect either over WiFi or through Ethernet.

Indian Railways must set the requirements for how their new IT infrastructure must embrace open technologies based on standards to allow for cross-vendor product compatibility and integration. SDN networks coupled with open fabric network architecture (such as one based on IEEE standard technology Shortest Path Bridging) would be crucial for this diverse play of Government, Public and Private Partnership environment.

This would allow easy addition of a new vendor, a new stakeholder, a new device, a new technology to the infrastructure. This approach also solves the other pesky issue of operational complexity involving configuration, troubleshooting and failover downtime that is common with proprietary technologies. An end-to-end fabric network environment that embodies principles behind SDN and uses all of the resources at its disposal effortlessly demystifies and de-complicates the network while allowing elastic scaling to accommodate the rich media services including IP based railway signaling system, video surveillance, WiFi and video based entertainment, smart web-based multimedia customer & partner engagement application services, etc.

Mr. Prabhu hopes that partnership with private sector will provide last mile connectivity. These stakeholders should feel themselves part of an extended network, confidently assured of secured access and protection of their data, while retaining controlled access to data the Railways has in its realm.

An IT network that seamlessly creates virtual networks on the fly for new stakeholders, lets the private partners scale their innovation in a nationwide setup will bring the benefits of economies of scale. This is an unmet potential in existing technologies, because legacy protocols make it all so complicated. Again, moving to a fabric based SDN environment paves the way for making this a reality.

Mr. Prabhu has expressed his intention to monetize business opportunities from the assets that the Railways has, including advertisements and entertainment systems on trains. Coupled with easy self-onboarding and ability to choose and experience myriad of WiFi based entertainment and connectivity services for a generation that started their online life with a smartphone, and for those where Wi-Fi connectivity from home to destination is taken for granted, the network edge will play an increasingly pivotal role.

This is why the simplicity, automation and programmability of the Fabric network at the data center needs to extend all the way to the network edge where the users connect via WiFi or Ethernet. Value added services such as e-catering and e-shopping is expected along with instant alert notifications of train timings and other emergency information. Railways needs to evolve into Smart Railways. Smart Cities and Smart Railways are perhaps just an extension of each other. Mr. Prabhu messaged to the citizens, “Indian Railways is your travelling home” in the context of keeping the railways clean, but travelers will expect the trains to be as much travelling offices.

Railways’ single biggest asset though, is the data that flows relentlessly across the entire IT network whose value can be extracted by applying Big Data and Analytics. To efficiently realize this value, it requires a supporting fabric network infrastructure; this in itself has the potential to create massive value for the taxpayer in not only the intelligence of how efficiently the Indian Railway is operating towards the stated goal of corruption reduction but provide insights into other ways in which to optimize the operations and new revenue opportunities to leverage. Such an optimization will also lead to more efficient use of resources, eventually resulting in ecologically green choices that are good to both environment and Indian Railways’ finances.

As the Railway minister gets down to lay the foundations of one of the largest railway networks in the world, the right choice of technology can make a huge difference. An IT solution that is built ground-up based on full-stack SDN architecture is paramount. This full-stack SDN solution must include the network infrastructure where it is based on a simple, automated and scalable end-to-end enterprise Fabric network all the way from the Data Center to the Edge where users connect.

The same full-stack solution must integrate with the communication applications with a programmable application development platform to allow easy extension of customer contact applications with new services as they evolve and with the customization unique to local needs of Indian environment. 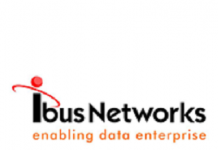